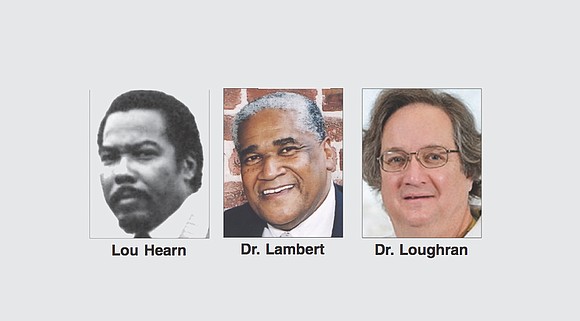 The induction banquet will be 7 p.m. at the Dr. Claude G. Perkins Living and Learning Center on the VUU campus, 1500 N. Lombardy St.

Lou Hearn (women’s basketball coach): Guided the Lady Panthers to a 96-61 record and the 1983 NCAA Division II National Championship during his six seasons as head coach.

Dr. Benjamin J. Lambert III (supporter): The late optometrist and former state legislator was an alumnus of Virginia Union University and served as the secretary of the VUU Board of Trustees.

Dr. Thomas Loughran (team physician): An orthopedic surgeon who has served as team doctor for all VUU student athletes for all sports since 1988. He is affiliated with VCU Medical Center.

William M. Ormsby: Was a standout in track and tennis at VUU from 1954 to 1957. He later was a Los Angeles Municipal Court judge in California.

Tickets are $45 and are available at the VUU Office of Institutional Advance in the C.D. King Building or online at www.eventbrite.com.