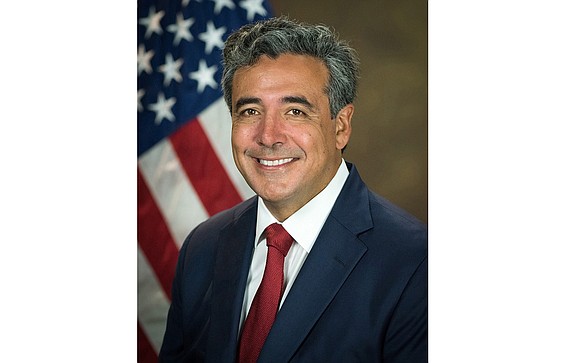 The U.S. Supreme Court has so far had little to say about Donald Trump’s time as president, even as the nation has moved from one Trump controversy to another. That’s about to change.

The justices’ first deep dive into a Trump administration policy comes in a dispute over the third and latest version of the administration’s ban on travel from some countries with majority Muslim populations. Opponents of the policy and some lower courts have labeled it a “Muslim ban,” harking back to President Trump’s campaign call to keep Muslims from entering the country.

The high-stakes arguments at the high court were heard Wednesday, April 25, and could offer some indication about how a court that runs on respect for traditions and precedent will deal with a president who regularly breaks with convention.

Apart from the campaign statements, President Trump’s tweets about the travel ban and last fall’s retweets of inflammatory videos that stoked anti-Islam sentiment all could factor in the court’s discussion of the travel ban’s legality.

“The court could get to the right outcome without getting into the question of his tweets. But I think the president set it up so that it’s virtually impossible to ignore him when he’s shouting from the rooftops about what his purpose was in the three versions of the ban,” said Cecillia Wang, the American Civil Liberties Union’s deputy legal director.

Solicitor General Noel Francisco, who will argue the administration’s case, said in a court filing that the ban is well within the president’s authority and is not based on prejudice against Islam.

In a sign of heightened public interest, the court is taking the rare step of making an audio recording of the proceedings available just hours after the arguments end.

One key issue will be how the court evaluates administration actions.

Neil Eggleston, former President Barack Obama’s last White House counsel, suggested in an online forum last week that President Trump does not merit the same measure of latitude that courts usually give presidents, especially in the areas of national security and immigration.

“The court will have to wrestle with how much to defer to a President who has created this record of chaos and animus,” Mr. Eggleston and co-author Amanda Elbogen wrote on justsecurity.org.

Josh Blackman, a professor at the South Texas College of Law in Houston, cautioned that the court would be breaking new ground if it were to treat Trump differently from other presidents.

The policy under review at the court applies to travelers from five countries with overwhelmingly Muslim populations — Iran, Libya, Somalia, Syria and Yemen. It also affects two non-Muslim countries: blocking travelers from North Korea and some Venezuelan government officials and their families. A sixth majority Muslim country, Chad, was removed from the list earlier this month after improving “its identity-management and information sharing practices,” President Trump said in a proclamation.

Mr. Francisco said the Chad decision shows that the restrictions are premised only on national security concerns. He also said the State Department has cleared more than 430 visa applicants from the affected countries for waivers that would allow them to enter the United States.

But the challengers argue that the administration cannot ask the court to ignore all that has happened.

President Trump’s first travel ban was issued just a week after he took office in January 2017, and was aimed at seven countries. It triggered chaos and protests across the United States, including at Dulles Airport in Northern Virginia, as travelers were stopped from boarding international flights and detained at airports for hours. President Trump tweaked the order after the 9th U.S. Circuit Court of Appeals in San Francisco refused to reinstate the ban.

The next version, announced in March 2017, dropped Iraq from the list of covered countries and made it clear the 90-day ban covering Iran, Libya, Somalia, Sudan, Syria and Yemen didn’t apply to those travelers who already had visas. It also eliminated language that would give priority to religious minorities. Critics said the changes didn’t erase the ban’s legal problems.

The 9th Circuit and the 4th U.S. Circuit Court of Appeals in Richmond agreed with the ban’s opponents. The 4th Circuit said the ban “drips with religious intolerance, animus and discrimination.” The 9th Circuit ruled that President Trump violated immigration law.

The third version is indefinite, unlike the other two, and the administration said it is the product of a thorough review of how other countries screen their own citizens and share information with the United States.

It fared no better than its predecessors in the lower courts, but the U.S. Supreme Court said in an unsigned order in December that it could take full effect while the legal dispute continues. The justices said nothing about the substance of the policy, either in December or in earlier actions involving the ban.

Now, though, they are confronted with the administration’s view that President Trump has broad discretion to impose limits on immigration and that the courts don’t even have a role to play. The U.S. Justice Department has said throughout the course of the legal fight that the lawsuits challenging the policy should be dismissed without ever reaching the challengers’ claims. The administration says foreigners have no right to enter the United States and no right to challenge their exclusion in American courts.

Supporting briefs for the ban’s challengers dwarf filings on the administration’s side. Retired high-ranking military officers, former Republican officeholders, Catholic bishops, Amazon, Facebook and 113 other companies, the children of Japanese-Americans who were held in internment camps during World War II and more than a dozen mainly Democratic-led states are among those calling on the court to strike down the Trump policy.

The administration’s supporters include roughly the same number of Republican-led states, as well as conservative groups and Jay Sekulow, one of President Trump’s personal lawyers.