New players to give VUU new look during basketball season 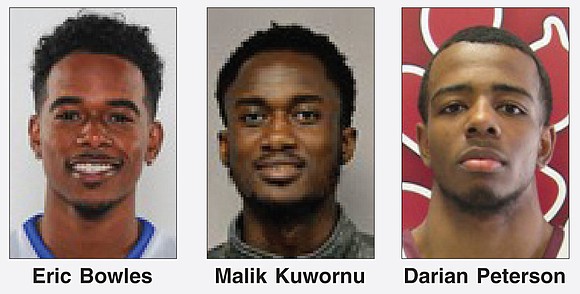 Virginia Union University basketball will have a distinctly different look this season.

Darian Peterson, 6-foot-5: Transferring from Concord University in West Virginia; helped Chesterfield’s Monacan High School to the State 4A title in 2016; has three seasons of eligibility.

Eric Bowles, 6-foot: Transferring from Central Connecticut State University with one season of eligibility; was State 6A Player of the Year for W.T. Woodson High School in Fairfax in 2014.

Virginia Union University will travel to Durham, N.C., on Oct. 23 for a basketball exhibition against juggernaut Duke University at Cameron Indoor Stadium.

VUU Coach Jay Butler said he is working to schedule a preseason exhibition game with Virginia Commonwealth University for the upcoming season.

William Miller, 6-foot-1: Arrives from Our Lady of Mount Carmel High in Baltimore.

Shawn Sanders, 6-foot-4: Was a first team 5A South pick last season at Green Run High School in Virginia Beach; may be an academic red shirt this season.

There are plenty of holes to fill in the Panthers’ lineup.