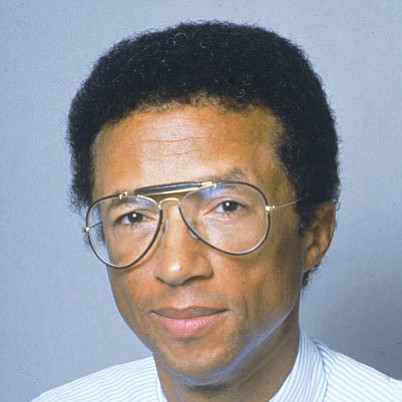 A new effort is underway to rename the Boulevard in honor of Richmond-born humanitarian and tennis great Arthur Ashe Jr.

Richmond City Councilwoman Kim B. Gray said this week she plans to introduce legislation in September to change the street’s name to Arthur Ashe Boulevard.

“I think it would be very appropriate to honor Arthur Ashe this way,” the 2nd District councilwoman said. “This could a first step in renaming streets in honor of other Richmond greats like Dorothy Height and John Mitchell whom the city has yet to recognize.”

Ms. Gray said she is submitting the name change proposal at the request of the Ashe family.

This would be the second time such a proposal has been before City Council. In 2003, 6th District Councilman Walter T. Kenney Sr.’s proposal to rename the Boulevard in honor of Mr. Ashe was rejected on a 7-2 vote.

Ms. Gray is taking on the issue because a major portion of the Boulevard is in the 2nd District. She believes the proposal has a greater chance of success this time. She said she has heard from businesses and museums along the Boulevard that support the renaming.

Ms. Gray also said she hopes Councilman Andreas Addison, whose 1st District borders a portion of the Boulevard, will join her in supporting the proposal. “I am open to exploring any and every opportunity to celebrate and remember Richmond’s historic leaders,” Mr. Addison stated Wednesday in a response to a Free Press query. “I support the public process to explore this renaming of Boulevard. I have not received any formal information or inquiry about this name change as of yet.”

Fifth District Councilman Parker C. Agelasto did not respond to a request for comment by Free Press deadline. A small section of the Boulevard around Byrd Park falls into that district.

Mr. Ashe, who is buried in a Henrico County cemetery, is honored with a statue on Monument Avenue, the first non-Confederate to have a monument on the street.

He is the only black man to win the singles title at the U.S. Open, Wimbledon and the Australian Open.

Outside the sport, Mr. Ashe was an activist and humanitarian, winning recognition for his opposition to apartheid in South Africa and for opposing a U.S. crackdown against refugees from Haiti.

He helped launch Virginia Heroes, a mentoring program for Richmond area youths, and started the Arthur Ashe Foundation for the Defeat of AIDS and the Arthur Ashe Institute for Urban Health before his death on Feb. 6, 1993.