At Christmas, babe in manger is not always white 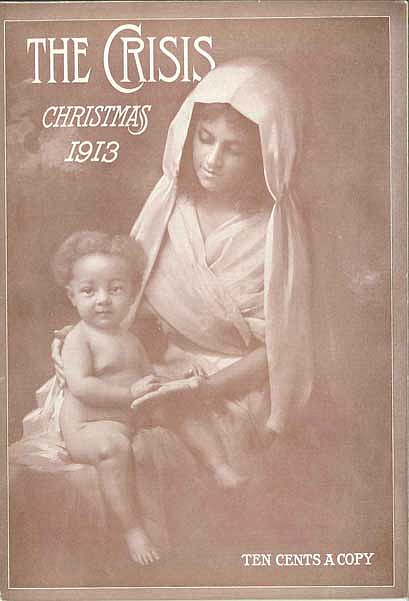 When the Rev. Kip Banks’ family pulls out its nativity scene each Christmas, the African features of the baby Jesus provide lessons on both the Bible and self-esteem.

Rev. Banks’ 8-year-old son, Kip Jr., has told his father that the Christ child is both “black and white.” His father gently corrects him, telling him that the gospel story of Mary and Joseph’s flight into Egypt with their young son shows that Jesus couldn’t have been Caucasian.

“If Jesus was white, with blond hair and blue eyes, then he’d have a very hard time hiding in Egypt,” said Rev. Banks, the father of three and the minister of public policy for the Washington-based Progressive National Baptist Convention.

“For me as a parent of African-American children, I want them to have a positive self-image, and this includes getting them to understand that their Lord and Savior Jesus probably looked just like them.”

At this time of year, many Christians dispel the go-to image of a white baby Jesus by including a Christ child of color in Nativity scenes and plays.

Edward Blum, co-author of the new book, “The Color of Christ,” said the popular image of a white Jesus dates to 19th century America, when evangelical Protestants latched onto a fraudulent medieval letter that described Jesus with long hair parted in the middle and transformed it into a “believed truth.”

“It depicted his face as warm with some redness to his cheeks,” said Dr. Blum, a historian of race and religion who teaches at San Diego State University. “In the early 19th century, American Protestants fell in love with it.”

Though none of the Gospels describe Jesus’ hairstyle or eye or skin color, mass-produced images after the Civil War followed the widely accepted notion that Jesus was a white person, Dr. Blum said. But others began to counter those depictions.

In the early 1900s, the NAACP’s magazine, The Crisis, carried portraits of a black Mary and Jesus in its December issue. Later, Nativity plays in black churches would sometimes feature a black doll as the infant Jesus. Poet Langston Hughes’ “Black Nativity” has been staged in recent decades — including this year in Boston and Chicago — and is the subject of a forthcoming movie.

But the color of Jesus in Nativity scenes and plays is far from a black-and-white issue.

For Francisco Pereira, who grew up in El Salvador, it was a moment of pride when his infant son played the newborn Jesus at the Christmas Eve service at Washington’s Calvary Baptist Church last year.

The father of the now-1-year-old said he thinks Jesus was brown, but when he himself was growing up he thought Jesus was Caucasian. “Like in the movies, the old movies,” he said. “That’s what I thought he was.”

The Rev. Carol Howard Merritt, a white Tennessee-based minister who often speaks about cultural shifts and the church, said she tried to get worshippers to move beyond the “outdated” image of a white Jesus when she pastored a Presbyterian Church (USA) congregation in Washington.

For example, she held an “art and Advent slideshow” of pictures of the Madonna and Child around the world.

“Sometimes the best solution is dilution,” she said, pointing to churches that display an array of multicultural Nativity scenes. “Jesus becomes less of this domesticated boyfriend and becomes an interesting historical and liberating figure.”

Like Rev. Kip Banks, the Rev. Christine Wiley, pastor of Washington’s Covenant Baptist United Church of Christ, thinks of the lessons children will learn when they see her church’s Nativity scene and its black figurines.