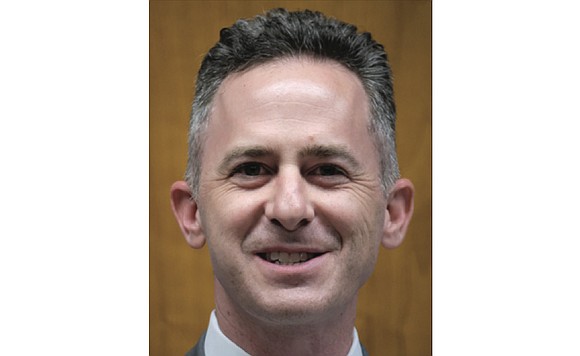 Richmond schools Superintendent Jason Kamras and the Richmond School Board are seeking $11 million more from the city to operate schools in the next budget year that will begin July 1.

The proposal approved Tuesday night would provide a 2 percent salary increase for teachers and staff; add 17 teachers and counselors to provide better service to Latino students and others for whom English is a second language; and allow the hiring of five parents to link schools and parents.

In addition, the proposal would eliminate 20 non-instructional positions and fund extra buses to allow the school system to end its hub system requiring high school students to gather for bus pickup at elementary schools and restore pickup service at traditional bus stops.

The board voted 8-1 to send the budget plan to Mayor Levar M. Stoney and the Richmond City Council for approval, although there appears to be little prospect, based on city budget projections, that the increase will be approved.

School Board member Jonathan Young, 4th District, cast the lone protest vote against a budget he regards as irresponsible. He said the plan fails to take into account city administration warnings that extra money would be in short supply. However, his proposed amendments to reduce spending in a few areas so dollars could be shifted to other needs were ignored.

The city is contributing $159 million this year from its general fund to the total and that would grow to $170 million if the School Board has its way.

Put another way, the city’s contribution would grow from about $6,625 per student to about $7,100 per student.

With help from City Council, City Hall boosted spending on school operations by nearly $8 million in the current budget, one of the biggest increases since the Great Recession in 2008, according to Mayor Stoney.

But that is not expected to be repeated in the city’s 2018-19 budget when the council completes its work.

The council already has passed a resolution stating that its top priority in the new budget for 2018-19 would involve improving salaries for police officers and firefighters at a projected cost of $12 million.

Superintendent Kamras had presented a proposal Monday calling for a $9 million increase in the city’s contribution, but had no problem with the School Board seeking more “because our kids deserve it.”

He also said that it was traditional for the School Board to seek far more than it would receive.

Separately, the board passed a five-year plan that called for spending more than $300 million in the next five years for new schools construction and renovation. The vote again was 8-1, with Mr. Young again dissenting. He scolded his colleagues for proposing a plan that seeks to spend double the $150 million the city plans to make available through a 1.5 percent increase in the meals tax that City Council approved last week.

The board refused to modify its plan to limit spending to the projected city total, but instead agreed that the city had to find more money to ensure that at least five schools would be built — a new George Wythe High, a new Elkhardt-Thompson Middle and three elementary schools, Greene, George Mason and Woodville. Price tag: $215 million.

The future of the board’s spending plans for operations and facility improvement will be learned on Tuesday, March 6, when Mayor Stoney presents the city’s spending plans.

In other matters focusing on student securing and safety, the board was informed that at least two Richmond schools could not be locked down in the event of an emergency, such as an active shooter.

The board directed the administration to fix the problem in the wake of the Feb. 14 massacre at Marjory Stoneman Douglas High School in Parkland, Fla.