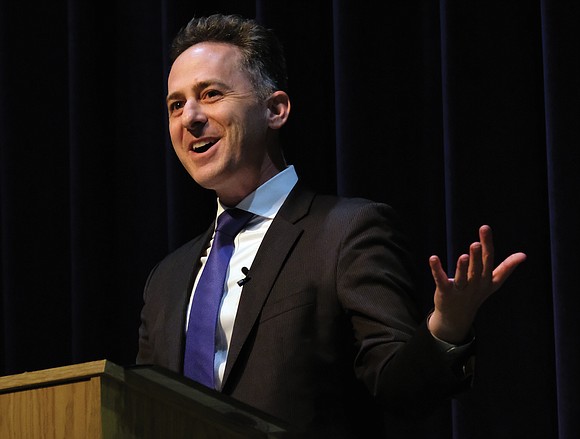 Richmond Public Schools is calling on City Hall and taxpayers to boost spending on public education by $21 million during the next school year in a bid to advance its strategic plan for educational improvement.

Incorporating a 4 percent increase in pay for teachers and other staff, the RPS request for an increase in the city’s contribution would represent a 12 percent jump on the record $175 million city contribution being provided this year.

In a 6-1 vote with two abstentions, the Richmond School Board on Monday issued the call in approving a record $436 million spending plan to fund instruction and other operations in the 2020-21 fiscal year beginning July 1. That total does not include any of the city funds to build, renovate or maintain public school buildings.

The vote sent the proposed “needs” budget to Mayor Levar M. Stoney and his administration to consider for inclusion in the budget plan for 2020-21 that he will present to Richmond City Council on Friday, March 6.

Under the RPS plan, the city’s contribution would rise to $196 million in fiscal 2020-21. That would add to the state’s contribution that is expected to jump $17 million to around $152 million in total support and the nearly $90 million the school system receives from grants and federal contributions.

If the School Board request is approved by the mayor and City Council, per pupil spending would rise from the current $16,600 per student to around $18,200 per student, an increase of $1,600 per student.

Board Chairwoman Linda Owen, 9th District, led the majority in approving most of Superintendent Jason Kamras’ budget recommendations to the mayor’s office. The board will approve its actual budget for the next fiscal year in June, after City Council deals with the mayor’s proposed spending plan and provides the actual figures on the city’s contribution.

During budget season last year, the council agreed with the mayor and provided an $18.5 million increase in city spending for the operations of public education — the biggest single rise in city support in at least two decades. That was also a 12 percent increase. The school system also received a separate $19 million to pay for maintenance of existing buildings.

The approved RPS plan included a $4 million increase from the initial budget Mr. Kamras presented to the board on Jan. 21. The additional money resulted from the inclusion of a larger proposed pay raise for teachers. Mr. Kamras initially proposed a 3 percent pay hike.

Mr. Young opposed the budget plan because he wanted deeper cuts in central office positions. In the 2019 budget planning, he led the board in making such cuts, and he sees the new plan reversing that action.

“I am disappointed in a plan that reverses last year’s good budget work regarding the cuts to the central office,” Mr. Young said. “That was a step in the right direction toward fixing our buildings in lieu of increasing positions Downtown.”