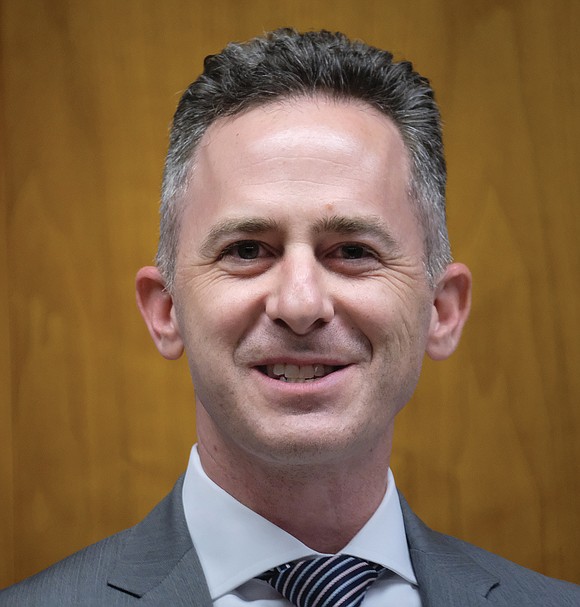 The Richmond School Board voted 6-3 Monday night to send to Mayor Levar M. Stoney a proposed $310.6 million operating budget for the 2019-20 fiscal year that will begin July 1 — equaling a per pupil cost of $13,362 for each of the estimated 23,200 students expected to be enrolled in city schools next fall in preschool through 12th grade.

The budget proposal calls on the mayor and City Council to boost the city’s share of the cost of public schools to $174.6 million — or $7,526 per student, an increase of $224 per student over the city’s current year contribution of $169 million in city spending on public education.

After a one-week postponement and a tense meeting Monday, the board signed off on Superintendent Jason Kamras’ spending proposal. As happens every year, the board will revisit the proposal in late May and early June and finalize the budget after City Council reviews the spending plan the mayor will issue next Wednesday, March 6, and adopts its version in mid-May.

One of the key priorities for the School Board is to get the mayor and council to restore about $12.5 million that was provided this year, but is not supposed to be available in the 2019-20 budget year.

In preparation for losing that money, Mr. Kamras won board support for slashing $13 million in spending by eliminating 49 positions in the schools administration, or about 20 percent of the 250 headquarters employees who apply for grants, supervise teachers and principals, keep track of spending, handle purchasing, pay bills and perform other important oversight tasks.

If the city does not restore the funding, the city contribution would fall from around $169 million this year to about $156.6 million, or $6,750 per student.

However, in the proposal the School Board sent to the city, that money is to be restored and an additional $6 million tacked on, with the $18.5 million in new city money to be used to fund some of the innovations that Mr. Kamras wants to launch to improve educational programming. It would not be used to restore schools administration jobs.

Among the key items, the spending plan includes $37 million in state and local funds to provide a 5 percent salary increase for teachers.

The board also hopes that increased city and state contributions would allow for a $92 million investment to pay for curriculum improvements aimed at raising the number of students who can pass state Standards of Learning tests, cover the cost of 40 additional teachers to bolster computer coding, foreign language and arts courses, allow three high schools and three middle schools to be transformed into themed schools and boost the number of school nurses and mental health and social workers.

These investments represent the springboard for RPS’ goal of having all 44 schools in the district fully accredited by 2023, according to Mr. Kamras.

School Board Vice Chair Patrick Sapini, 5th District, voted against the budget plan as did Kenya Gibson, 3rd District, and Felicia Cosby, 6th District, largely because Mr. Kamras declined to publicly disclose the positions that would be cut in the central office.

Ms. Gibson noted each board member had received two budget documents prior to the board meeting – a 31-page budget summary and a detailed 228-page budget.

Ms. Gibson, referring to the documents and the need for transparency, objected to the public only having access to the 31-page document.

“I was shown job cuts in a closed session, and now I don’t have a list to go back and say, ‘This is what we agreed on as a board.’ I don’t have it. I don’t know what we are voting for, and this is of grave concern for me.”

Others were ready to vote yes even if details were not fully disclosed. For example, Jonathan Young, 4th District, who has advocated for central office cuts, voted for the schools budget for the first time since taking office in 2017.

“This is the first phase,” School Board Chair Dawn C. Page, 8th District, told her colleagues. “There will be opportunity to make changes, if they are needed, before we adopt the budget in June,” Ms. Page said.

After the meeting, Mr. Kamras said that he didn’t know of “any organization that discusses personnel cuts in public. We will make those decisions in a closed session and then make the information public.

“We will give the impacted employees a notice by April 1, three months before the end of their contracts, so they can make the appropriate arrangements.

“These are the tough choices we have to make if this budget is to achieve the goals we laid out for the board,” he continued. “We must make sure we are fiscally responsible and fully fund a teacher raise. It is now up to the city to put everything on the table to ensure the pie for RPS resources gets larger,” Mr. Kamras said.

Mayor Stoney, without hinting what he would propose in public education spending, offered some praise. “The School Board faced a number of tough decisions in crafting this budget, and I appreciate it choosing to pass a plan that prioritizes students and teachers.

“I am committed,” he stated, “to identifying the resources needed to provide our students with the learning opportunities they deserve.”