Petersburg School Board to hold sessions on renaming Confederate schools 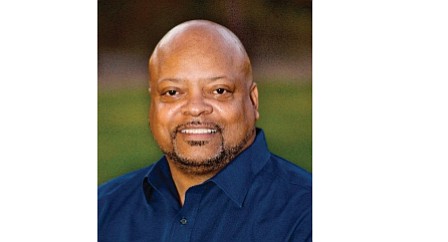 The City of Petersburg is poised to change the name of three elementary schools to reflect the community’s pride and erase past prejudices.

The three schools, Robert E. Lee, A.P. Hill and J.E.B. Stuart elementary schools, were named after Confederates between 1911 and 1924, when the city had a predominantly white population and lacked representation by African-Americans on the Petersburg School Board or City Council.

But times have changed.

“I have been throughout the communities in Petersburg and this is an issue,” School Board member Atiba Muse said. “We are ready to act on the community’s desire to rename these institutions.”

Even though the schools were relocated in the 1960s during the height of the Civil Rights Movement, their old names remained. The School Board decided to take up the issue in early December after receiving numerous comments from people about changing the schools’ names to no longer honor Confederates.

“We must look to the future, not the past, to achieve our mission of developing 21st century citizens able to effectively collaborate, communicate and innovate,” said School Board Chairman Kenneth L. Pritchett. “The board wants alumni, staff, students and parents to take part in the process.”

The board is holding a series of information sessions for the public, where membersalso hope to hear from the public about the proposed renaming. The next sessions are slated for Thursday, Jan. 4, at J.E.B. Stuart Elementary, 100 Pleasants Lane; Monday, Jan. 8, at A.P. Hill Elementary, 1450 Talley Ave.; and Tuesday, Jan. 9, at Robert E. Lee Elementary, 51 Gibbons Ave. The meetings will be held from 6 to 7 p.m.

Additionally, the board has scheduled a public hearing at 6 p.m. Wednesday, Jan. 17, at Petersburg High School, 3101 Johnson Road. People may sign up at the meeting to speak for no more than 3 minutes.

“The board wants the students and parents to take pride in their schools,” Mr. Pritchett said. “I believe your school should reflect your community.”

The board has started a survey that residents can fill out at the public meetings or online asking whether the schools should be renamed, and if so, to what. If not, the board wants to know why people want the names to remain the same.

Mr. Pritchett said the cost to change the school names would be minimal because they are elementary schools and don’t have athletic teams, sports uniforms or gymnasium floors with logos that would have to be changed.

All that would need to be changed, he said, is signs, murals and school stationary.

The actual cost is being researched by the schools’ facilities management department, Mr. Pritchett said.

He said after the board reviews all the data, the board will vote in February on whether to change the names. Any changes would go into effect in July, he said.

The change in Hanover is being sought by school alumni, students, faculty and the Hanover County Branch NAACP.

“The name change should reflect the diversity of the school system,” said Eddie Nelson, president of the county’s NAACP branch. “We think that it would be appropriate for the system to do this at this time.

“We know this School Board did not name these schools, but it is their obligation to correct this moral issue,” he said.

No timeframe has been given by the Hanover School Board to consider the issue.