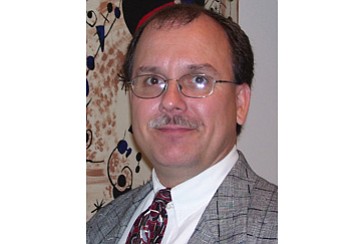 Americans are feeling stressed not only during the holidays but year-round.

The American Psychological Association’s newest “Stress in America” survey of 3,440 adults shows the public’s overall stress level remains the same as 2016, with an average level of 4.8 on a scale of 1 to 10, with 10 being the most stress.

But how Americans respond to stress is changing.

Only 29 percent of Americans polled said they pray to relieve stress, a gradual but consistent decline since the high of 37 percent recorded in 2008.

“Do people consider prayer or attending church not necessarily something that manages stress?” asked Lynn Bufka, a psychologist with the APA’s Stress in America team. “We don’t know.”

And while a growing number of Americans are turning to alternative spiritual practices such as meditation and yoga, they are still not very widespread. Twelve percent of Americans meditate or do yoga, up from 9 percent in 2016.

The two most popular ways to relieve stress?

Kevin L. Ladd, a professor of psychology at Indiana University South Bend, said it makes sense that, as society grows less religious in the traditional sense, fewer people are turning to prayer.

“There is certainly a shift in the American landscape, with people thinking about themselves as more spiritual than religious,” Dr. Ladd said. “Rather than having specific traditions offering some guidance in terms of specific practices, individuals tend to be creating their own practices that are personally meaningful.”

For some, that may mean an ever-growing menu of wellness activities such as guided sleep meditation, sound therapy or mindful travel — all intended to reduce stress.

To be sure, prayer is not always a panacea, said Blake V. Kent, who studies prayer at Baylor University. In a recent paper he co-authored, Mr. Kent found that people’s view of God determines whether prayer is an effective way of managing stress.

Still, prayer should not be dismissed as an old-fashioned or ineffective method of relieving stress. In fact, its ritual or rote nature may be a source of strength, said Rabbi Geoff Mitelman, founding director of Sinai and Synapses, an organization that bridges the scientific and religious worlds.

“One thing that’s great about America is the level of choice we have,” said Rabbi Mitelman. “But so much choice can add a lot of stress. Prayer can help us restrict our choices in a way that will ultimately give us more happiness and fulfillment. It can actually ease a bit of the cognitive load we have to deal with on a daily basis.”