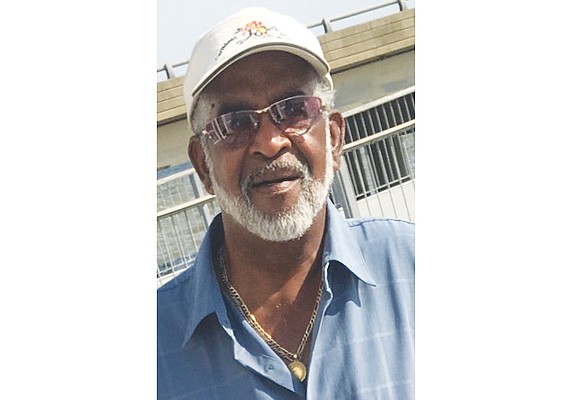 Robert Michael Davis Sr. left his mark on hundreds of homes in Richmond and Washington.

For 50 years, he was involved in building, renovating and improving residences with a quality that kept him in demand.

His record in home construction and his mentorship of and encouragement to young people who worked for him to start their own businesses is being remembered following Mr. Davis’ death on Thursday, Dec. 28, 2017. He was 74.

His life was celebrated Saturday, Jan. 6, at the church where he was a longtime member, Providence Park Baptist Church in North Side.

Known as “Dog” to his friends, Mr. Davis had construction in his blood as a scion of the family that created and has operated Davis Brothers Construction Co. for more than a century.

His grandfather, father, uncle, a brother and cousins worked in building either for the company or in their own businesses, and he learned all aspects of the business as he grew up.

After graduating from Maggie L. Walker High School and working for the family business for a few years, he broke away to found his own company, Robert M. Davis Sr. Construction, to focus more on housing work.

“He liked having a personal relationship with clients and making sure their homes were great places to live,” said his daughter, Yvette D. Rajput, director for 10 years of Richmond Hill’s Armstrong Leadership Program, which mentors students at Armstrong High School.

“That’s just the kind of person he was. He was a humble man of great character,” she said, adding that his work to mentor young black men “inspired me to serve the community in my current role.”

In Richmond, he was best known for renovating or developing houses under contracts with the Richmond Redevelopment and Housing Authority and project:Homes, formerly ElderHomes.

He also worked on special projects at city churches, Richmond International Airport and on buildings in Norfolk and Washington.

While he mostly focused on the Richmond housing market, he became a force in generating new interest in homes in the nation’s capital, particularly the northwest portion, according to D.C. Councilman Brandon T. Todd, who represents that area.

Through partnerships with developers during the 1970s and 1980s, Mr. Davis “lent his creativity, passion and talent to the initial phase of the city’s revitalization,” Mr. Todd wrote in a condolence letter.

He described Mr. Davis as leading a team that delivered specialized services and on-site management to ensure the success of home building efforts to lure people back to the city. “His carpentry expertise and skill added a unique touch to each home he built,” Mr. Todd stated.

Outside of work, Mr. Davis was a passionate golfer who played on courses all over the world, his family said.