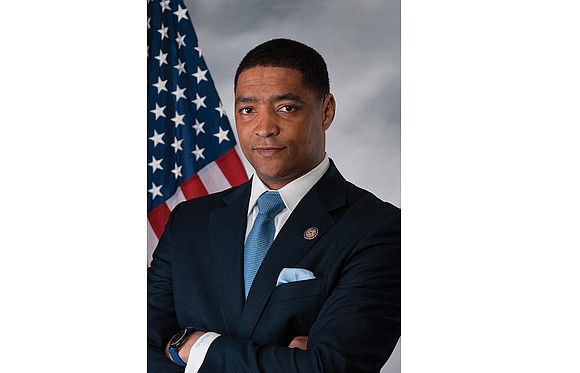 Members of the Congressional Black Caucus are calling for decriminalizing marijuana use. The group wants the federal government to get out of the prohibition business when it comes to the drug, a position it says is supported by an overwhelming majority of the 48-member caucus.

The lawmakers said African-American communities have been disproportionately “policed and convicted for drug offenses,” and supports reforms that would reduce the number of black people in prison.

Among the reforms the CBC seeks is removal of marijuana from the class of the most dangerous drugs, which lawmakers said will allow the needed research to take place on marijuana use.

Congressman Cedric Richmond of Louisiana, the CBC’s chairman, said the war on drugs has been a “war on black and brown communities.”

“Some of the same folks who told African-Americans ‘three strikes and you’re out’ when it came to marijuana use and distribution, are now decriminalizing the drug and making a profit off of it,” Rep. Richmond said.

The CBC announced its position days after Cyrus Vance Jr. of New York, Manhattan’s district attorney, said his office would decline to prosecute marijuana possession and smoking cases. The district attorney’s office said the new policy is expected to reduce marijuana prosecutions from 5,000 a year to approximately 200.

New York’s decision follows Seattle’s in which the district attorney and the mayor announced in early May plans to vacate convictions and dismiss charges for marijuana possession for men and women prosecuted by law enforcement from 1997 to 2010.

The use, sale and possession of all forms of cannabis in the United States is illegal under federal law. It was classed as a Schedule I drug under the federal Controlled Substances Act of 1970. Under former President Obama, states were given leeway in enforcing laws against marijuana.

U.S. Sen. Cory Booker of New Jersey, a CBC member, has introduced legislation that would remove marijuana from the list of controlled substances, making pot legal at the federal level.

The CBC also supports research conducted on the long-term health effects of marijuana. Some early research suggests that heavy marijuana users are at greater risk of developing Alzheimer’s disease later in life.

Further, the organization wants money spent on the war on drugs allocated instead to rebuild the nation’s black neighborhoods.

In 2013, the American Civil Liberties Union published “The War on Marijuana in Black and White: Billions of Dollars Wasted on Racially Biased Arrests,” which reported that there 8 million marijuana arrests between 2001 and 2010. The study also reported that a black person is 3.73 times more likely to be arrested for marijuana possession than a white person, although black people and white people use marijuana at similar rates.

The report concludes that the war on marijuana, like the larger war on drugs, which is universally regarded as a failure, has had a staggeringly disproportionate impact on African-Americans.

Decriminalization of marijuana is not a slam dunk in the black community. In his book, “Locking Up Our Own: Crime and Punishment in Black America,” author James Forman Jr. wrote that some African-Americans oppose legalization because they see it as tantamount to giving up on black youth.