Gov. Ralph S. Northam lights fire under legislation on use and sale of marijuana 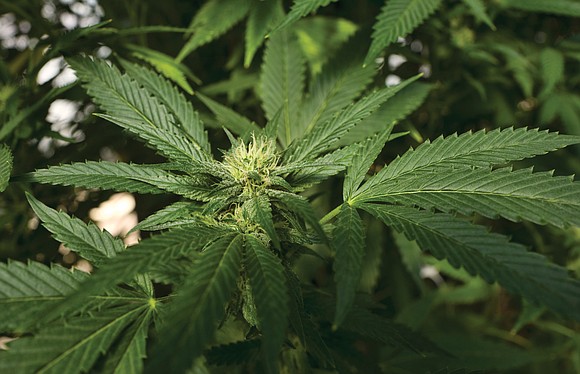 This Sept. 11, 2018, photo shows a marijuana plant in the coastal mountain range of San Luis Obispo, Calif. Virginia has lagged behind many states when it comes to relaxing laws on marijuana. With lawmakers approving an expansion of the state’s medical marijuana program in 2018, supporters of decriminalization are hoping that momentum will continue in 2020. Photo from AP File Photo

Marijuana legalization is poised to become another victory for the racial justice movement that rocked Richmond during the late spring and summer, swept away racist Confederate statues and shook up politics as usual.

Along with a wave of police reforms that swept through the General Assembly — ranging from a ban on no-knock warrants to approval of civilian review boards — momentum fueled by racial justice concerns is building to add Virginia to the growing list of states that allow people 21 and older to possess and consume cannabis.

Should it happen, Virginia would become the first in the South to join the District of Columbia, several territories and 15 other states — including four that approved marijuana legalization in the Nov. 3 election — that have made toking a joint as legal as sipping whiskey.

Even South Dakota — as Republican as any place could be — joined the movement by overwhelmingly passing legalization that GOP loyalists saw as an endorsement of personal responsibility and freedom and a slap at the federal government, which still ranks marijuana as a dangerous drug.

In Virginia, reform already has begun. Two years ago, the General Assembly cleared the way for medical marijuana dispensaries, one of which is now located in Richmond. Virginia also ushered in decriminalization of small amounts on July 1, with those caught facing a $25 fine instead of a criminal charge.

Legalization seemed a bridge to fire, until the issue caught fire amid the demonstrations, with those in support framing the fight as a new front in the battle for racial and social justice. Members of the Virginia Legislative Black Caucus figured prominently in pushing reform. 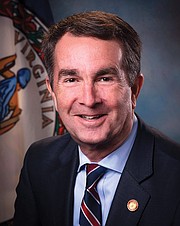 This week, Gov. Ralph S. Northam, a physician who previously had only backed decriminalizing pot possession, jumped on the bandwagon, pointing to racial justice as a key reason he said “the time has come to legalize marijuana.”

Abandoning caution, the Democratic governor announced Monday that he would be supporting and introducing legislation to make it happen in the upcoming session of the General Assembly — though he noted it could take at least two years before retail selling might begin.

Calling it “time to legalize,” he stated, “Marijuana prohibition has historically been based in discrimination, and the impact of criminal laws has disproportionately harmed minority communities as a result,” embracing the argument that Black people would benefit most.

He pointed to a new report from the Joint Legislative Audit and Review Commission, the legislature’s watchdog agency, which confirmed once again that Black Virginians are arrested and convicted for marijuana use at more than three times the rate of white Virginians, despite almost identical levels of use among both populations.

Legalization, the governor said, provides an opportunity to undo the damage and remedy the harms that such biased enforcement has caused for untold thousands who have endured significant jail time and damage to their reputations and families.

In his view, any approved legislation would need to include the erasure or expungement of criminal records and convictions stemming from marijuana charges.

JLARC estimated that change alone could improve the lives of 120,000 state residents, including 60,000 Blacks. The governor also stated that any legislation should ensure that Black and minority entrepreneurs have a real shot to participate in the distribution and retail operations that would be created.

The massive, 245-page JLARC report — essentially a playbook examining both the opportunities and complexities — offered a variety of recommendations on ensuring Black inclusion.

The issue of racial equity is likely to be prominently mentioned in a soon-to-be-released report from a task force of agencies the governor established. Both reports were requested by the legislature to help shape the debate when the legislature reconvenes in January.

While racial justice appears to have bolstered prospects for passage of this change in state drug laws, marijuana, like gambling, also is offering business and revenue prospects that would make commercial interests eager to back legalization.

According to JLARC, a new marijuana industry could create 8,000 to 11,000 new jobs and generate up to $300 million a year in new revenue for the state based on taxation of the product.

At this point, the Democratic-controlled House of Delegates is expected to have less trouble passing such legislation.

In July, as the demonstrations were ongoing, House Democratic Majority Leader Charniele L. Herring of Alexandria, a lawyer and member of the Virginia Legislative Black Caucus, cheered marijuana decriminalization, but called it just a first step in the move toward “legalization with a framework that addresses both public safety and racial equity in an emerging market.”

The Virginia Senate, which is split 21-19 between the majority Democrats and minority Republicans, is considered dicey. Democratic Majority Leader Richard Saslaw of Fairfax reportedly suggested the odds of passage are 50-50, although Republicans are not uniformly opposed to such a change.

Attorney General Mark R. Herring, who has been an advocate for reform since at least 2018, agrees with the governor that the time is ripe for the state to take this step.

Citing the JLARC report, Mr. Herring stated that “Virginia needs to allow legal, regulated adult use of marijuana as a matter of public safety, justice, equity and economic opportunity.”

He cited figures on the growing number of arrests in the past 10 years, noting that first-time marijuana convictions have risen by 53 percent to 10,000 a year, and that total arrests for possession have increased by 220 percent to 29,000 a year, with the impact falling most heavily on Black men and women.

“For too long, the Commonwealth’s approach to cannabis was needlessly and disproportionately saddling Black Virginians and people of color with convictions,” Mr. Herring stated, “and the JLARC report shows just how important legalizing marijuana is for promoting equity in Virginia.”