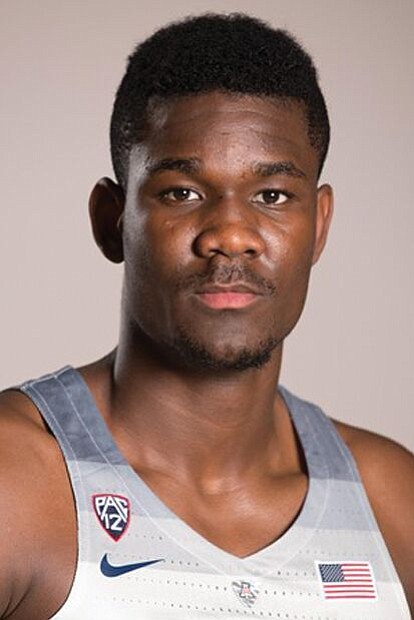 The NBA draft has come and gone and only time will tell who will rise to stardom and who will sink.

A few observations from the June 21 event in Brooklyn, N.Y.:

Top of the ladder: With its first-ever No. 1 overall draft pick, the Phoenix Suns selected 7-foot Deandre Ayton of the University of Arizona, who has a 7-foot-5 wingspan.

Ayton, who played just one season at Arizona, becomes the first Wildcat chosen as the top pick.

The native Bahamian becomes the fifth foreign-born athlete in the last six years to be selected first overall. Others were Canadians Anthony Bennett (2013) and Andrew Wiggins (2014), Carl-Anthony Towns (2015) of the Dominican Republic and Ben Simmons (2016) from Australia.

Flood of freshmen: Of the first nine picks, Ayton was among eight freshmen chosen. Out of 30 first round selections, 14 had completed just one year of college.

Also in the first round, Anfernee Simons was the 24th overall pick by the Portland Trail Blazers. Simons played this past season at IMG Academy in Bradenton, Fla.

The very last player taken — 60th overall and picked in the second round — was Greece-born Kostas Antetokounmpo, a freshman from the University of Dayton.

The 6-foot-6 wing from Cape Henry Collegiate School in Virginia Beach was picked 53rd overall in the second round by the Oklahoma City Thunder. Hall spent five seasons at U.Va., including  2013-14 as a redshirt.

The Thunder can only hope Hall turns out as well as the Cleveland Cavaliers’ last draft pick, Malcolm Brogdon. Selected in the first round by the Milwaukee Bucks in 2016, Brogdon blossomed into the NBA Rookie of the Year.

Whoops: Mikal Bridges was ecstatic about being drafted 10th overall by his close-to-hometown team, the Philadelphia 76ers.

The Camden, N.J., native and Villanova University standout donned a Sixers cap and addressed the press, expressing how he’d always wanted to play for Philly.

But moments after the press conference, he learned he had been traded to Phoenix for Zhaire Smith.

There’s no mention whether Bridges had to give back the cap.

Yawn: Robert Williams, the 27th overall pick by the Boston Celtics, didn’t get off to a good start with Celtics beat writers. On June 22, the morning after the draft, Williams was scheduled to have a telephone conference call from his home in Shreveport, La., with the Boston writers.

It wasn’t to be. Williams slept through the conference call, which was then rescheduled for later in the day.

The 6-foot-10 center known as “SWAT” filed for the draft after his sophomore season at Texas A&M University.

Duke, again: Former players for the Duke University Blue Devils were picked second, seventh and 21st in the draft’s first round.

Marvin Bagley was picked second overall by the Sacramento Kings; Wendell Carter, seventh by the Chicago Bulls, and Grayson Allen, 21st by the Utah Jazz.

The current Cleveland Cavalier can file for free agency on June 29 and rumors are swirling, coast to coast, about his eventual landing spot.

With the eighth overall pick, Cleveland selected guard Collin Sexton from the University of Alabama. Will that be enough to convince James to remain in northeast Ohio? Cavs fans must be holding their collective breath.

James, 33, was the first overall pick by Cleveland in 2003 following graduation from St. Vincent-St. Mary High School in Akron, Ohio.

In 2004, Dwight Howard was the No. 1 overall pick by the Orlando Magic out of Southwest Atlanta Christian Academy. Soon after, the NBA instituted a rule requiring draftees to be at least one year removed from high school.