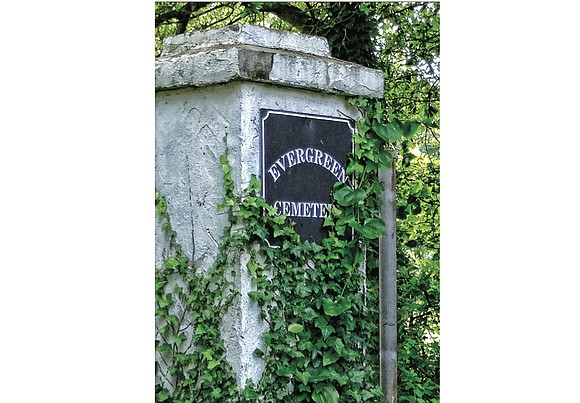 Richmond’s biggest university is taking a role in restoring the historic, but neglected Evergreen Cemetery.

The Enrichmond Foundation, the new owner of the 127-year-old African-American cemetery, has hired the center for Urban and Regional Analysis in Virginia Commonwealth University’s Wilder School of Government and Public Affairs to create a master plan for the burial ground, which includes the graves of such notables as banker and businesswoman Maggie L. Walker and newspaper editor and banker John Mitchell Jr.

While completion of a plan to transform the site into a memorial park is still months away, the VCU consultants are getting ideas from VCU undergraduates about the future of the burial ground that sits on the city’s eastern border with Henrico County, just a stone’s thrown from the public Oakwood Cemetery.

The students are focusing on specific areas, such as improving the visitor experience, upgrading access and creating community connections.

One of the class projects is to consider ways to reduce noise from traffic along East Richmond Road and from a nearby city dump and concrete recycling plant, said Dr. Kathryn Howell, an assistant professor overseeing the work of 27 students.

She said another group of students is looking into signage to explain the history of the cemetery and to direct people to the graves of the most celebrated, such as Mrs. Walker.

“This is an opportunity for students to work on an actual project and have some bearing on what happens,” Dr. Howell said.

“It’s pretty special to be a part of this project and help the revitalization of Richmond,” said Gian Mobarak, a senior. “Historically, black culture was put into the shade, and we’re bringing light to it.”

Evergreen Cemetery was created in 1891as the African-American counterpart to Hollywood Cemetery and neighboring Oakwood Cemetery, both of which were for white people only at the time.

An estimated 20,000 people are buried at Evergreen, according to the Enrichmond Foundation.

However, the cemetery’s founders did not require families to pay for perpetual care, and over the decades, vegetation has reclaimed much of the property. Burials continued until 2016 in one section that was maintained.

During the past decade, and, most notably, in the past two years, volunteers have worked to hack away the overgrowth in the older sections of Evergreen. Groups of volunteers, largely organized by real estate broker Marvin Harris, have cleared about 20 acres of the cemetery since 2016. But the majority of Evergreen’s 60 acres are still overgrown with vines, weeds and trees.

Mr. Harris is delighted that a master plan is being created and that students are playing a role.

“It’s a good thing to put something on paper that sets a goal for future improvement,” said Mr. Harris, founder and executive director of the Evergreen Restoration Foundation.

He said he has not been included in the planning, but continues to focus on cleaning out the unwanted vegetation. He said the foundation is fortunate to have a cadre of volunteers who regularly come out to work.

Ted Maris-Wolf, a caretaker Enrichmond hired last year to oversee work on the cemetery, also has enlisted Americorps participants, who recently worked for two weeks to clear another section of the land.

Under legislation approved last year, the state government is contributing $35,000 a year for maintenance of the oldest graves in Evergreen and the adjoining neglected and abandoned East End Cemetery.

“The earliest graves are now being rediscovered,” Mr. Maris-Wolf said. “We’re still defining the parameters of where the graves are.”

Through archival research, oral history and examining aged ledgers at the Library of Virginia, he said, “We’re looking at a number of ways to understand the relationship between the people in the community and those who are buried here.”