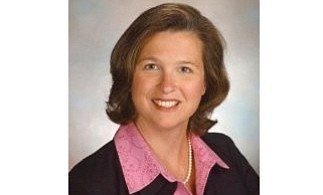 At least half the cans, bottles, plastics and paper collected for recycling used to end up in one place — China.

Now China has decided to stop accepting most of the recycled materials that it once purchased. And that decision is having huge ripple effects on recycling programs in Richmond, as well as other communities in this country and overseas.

As of Jan. 1, the Asian giant began enforcing its “National Sword” policy that bans 24 types of solid waste, including various plastics and unsorted mixed papers.

The new policy also imposed tough standards beginning March 1 for the amount of contamination allowed in paper and other recycled materials sent to that country.

The result: A virtual halt to the 4,000 U.S. shipping containers that daily were being sent to China and the creation of a huge backlog of materials piling up at recycling plants.

While recycling has gone through significant ups and downs through the years, China’s action appears to the biggest setback yet.

There is talk about a collapse of curbside recycling programs in some areas of the country, although such a move has yet to be considered locally.

So far, leaders of the Central Virginia Waste Management Authority are putting on a brave face, despite seeing only uncertainty ahead for the recycling program they operate for 13 local governments, including Richmond.

In the fiscal year that ended June 30, CVWMA reported recycling nearly 50,000 tons of paper, metals, plastic and glass. But questions now are replacing previous assurances on whether the level of recycling can continue.

“The fiber market (paper and cardboard), which makes up 70 percent of the volume by weight that CVWMA’s programs collect, has been impacted the most,” Kim Hynes, CVWMA’s executive director, stated in response to a Free Press query about the effect China’s actions are having locally.

She stated that CVWMA’s contractor, Tidewater Fibre Corp. or TFC, has sought to change their processing at their Chester plant to create bales of cleaner paper.

But like other recyclers, TFC is not yet able to produce bales that meet China’s new standard that bars materials that are not virtually clean of contamination.

The new China standard allows no more than one-half of one percent of contamination. Most recyclers can get down to 1 percent to 2 percent, but no lower given the materials they are working with, according to experts in the field.

TFC is a big recycling player in Virginia. The company reports collecting recycled materials from 700,000 households in the state, as well as from 4,000 commercial customers in Virginia and North Carolina.

TFC is still “recycling the material collected by diverting to other markets, some domestically and some in other countries, such as Vietnam, South Korea and India,” Ms. Hynes stated.

“However, the problem is supply and demand,” she continued. With China essentially out of the market, “the domestic and international markets are saturated, thus driving down the price for recovered commodities significantly,” she stated.

According to the Institute for Scrap Waste Recycling in Washington, the price of recyclable paper has dropped precipitously in the past year, from $130 a ton to $30 a ton as the China restrictions have taken hold.

Whether this will be short term or permanent remains unknown, Ms. Hynes stated, “although, with China’s new restrictions, the long-term sustainability of recycling programs is uncertain.”

She stated that CVWMA is working to educate program participants about trying to do a better job of making sure material they provide for recycling is of better quality.

“The cleaner the material collected, the better for marketability and the long-term viability of the program,” Ms. Hynes stated.

She stated that CVWMA is working with TFC and other contractors to bar collection of bins and carts that include worthless material that can contaminate. That includes plastic bags, plastic wrap and film of any kind, food waste, wires, hoses, plastic ties, bottle caps, Styrofoam and empty pizza boxes, Ms. Hynes noted.

It also includes electronic waste, yard waste and other materials like coat hangers, bowling balls, batteries and other items that are not on the list of recyclable items.

Between 15 percent and 20 percent of the material picked up from households and from collection bins is useless for recycling and ends up in a landfill or in contaminating other saleable material, TFC has reported.

Ms. Hynes also urges people to place recycling material loose in the cart or bins. “Bags clog up machinery and slow the processing of materials. And they get mixed in with bales of paper and cause contamination.”

The key question now is whether the general public, which has supported recycling, will understand the world has changed.

Insiders understand that landfills may be the only option for much of the material.

“This is not a little disruption,” said Susan Collins, president of the Container Recycling Institute, a research firm, in citing the impact of China’s decision. “This is a big disruption to an industry that is mostly invisible. You put your stuff on the curb, and it goes away. But now there may be no place for it to go except a landfill.”