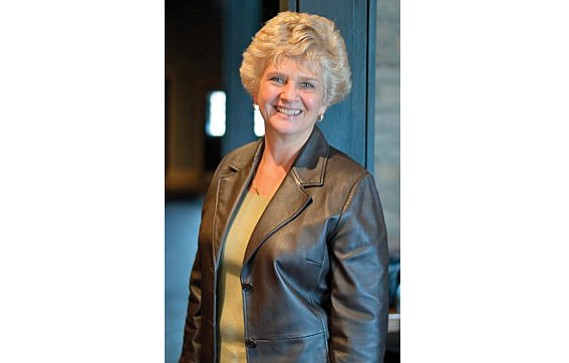 The top U.S. board of the Assemblies of God has unanimously elected its first woman general secretary in the Pentecostal denomination’s more than 100-year history.

The Rev. Donna L. Barrett, the lead pastor of an Independence, Ohio, church, will fill the unexpired term of the Rev. James T. Bradford, the denomination announced April 23.

Rev. Bradford resigned earlier in April to serve as senior pastor at Central Assembly, a flagship church of the denomination in Springfield, Mo.

Rev. Barrett, 58, who was a paralegal before pursuing the ministry, has been an Assemblies of God minister since 1988 and has served on state and national organizations of the world’s largest Pentecostal denomination. The religious body claims 3.2 million adherents in the United States and 68 million worldwide. An estimated 9 percent of the denomination’s U.S. members are African-American, while another 20 percent are Latino and 4 percent are Asian and Pacific Islanders.

“Through her service as a church planter, district leader, and general presbyter, Donna has shown humility paired with a special gifting for leadership,” said General Superintendent Doug Clay. “I’ve seen God use her time and time again to speak wisdom into difficult circumstances at the district and national level.”

R. Marie Griffith, director of the John C. Danforth Center on Religion and Politics at Washington University in St. Louis, said that the Assemblies of God, founded in 1914, has had a “fascinating history” of women’s leadership, with women leading congregations and speaking from pulpits in its early days and later often finding their roles restricted.

But in 2010, the General Presbytery, a policymaking body, determined that “we cannot find convincing evidence that the ministry of women is restricted according to some sacred or immutable principle.”

“One could argue, however, that her election fits well with the denomination’s earliest history, even if women’s leadership was disrupted for some decades in between.”

While 24 percent of Assemblies of God ministers are women, other denominations, such as the Southern Baptist Convention, continue to maintain that Scripture teaches that women should not assume the role of pastor.

“I’m humbled at this invitation to serve a fellowship I love,” Rev. Barrett said. “I look forward to what God has in His heart for the future of the Assemblies God and I’m honored to be part of this outstanding team of leaders.”

Mark Forrester, a spokesman for the Assemblies of God, said women have previously served on executive teams of other national fellowships of the worldwide denomination.