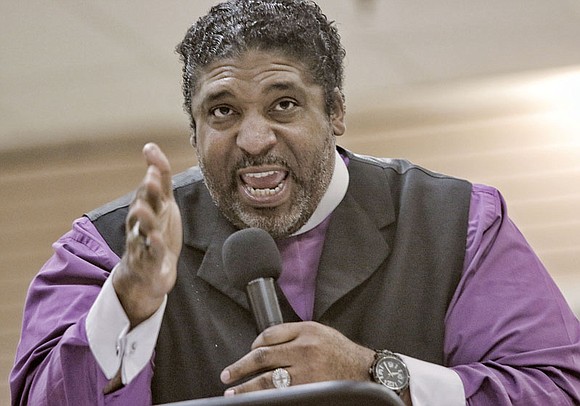 Activists converged on state capitals around the United States on Monday to begin six weeks of nonviolent protests calling for new programs to help millions of Americans who live in poverty, an overhaul of voting rights laws and other social change.

Reports by police from seven state capitols and Washington, D.C., showed more than 200 people had been arrested or cited during the first day of the so-called Poor People’s Campaign. In many instances, police said protesters were cited for blocking traffic. In Washington, the two leaders of the campaign were among the protesters arrested outside the U.S. Capitol. Campaign leaders said the protests would cover 35 states.

A statement from the campaign said the Rev. William Barber and the Rev. Liz Theoharis, its two co-chairmen, were among those arrested outside the U.S. Capitol for standing in the middle of a street. Police had no immediate confirmation of arrests there or a specific number of those stopped.

Rev. Barber is the founder of the Moral Monday movement, a coalition of faith leaders and activists who routinely protested poverty and discrimination in Raleigh, N.C.

“We’re living in an impoverished democracy,” Rev. Barber said. “People across the country are standing up against the lie of scarcity. We know that in the richest country in the world, there is no reason for children to go hungry, for the sick to be denied health care and for citizens to have their votes suppressed. Both parties have to be challenged — one for what it does and one for what it doesn’t do.”

“Our research revealed that the states with the highest overall poverty rates also had the worst voter suppression and the highest number of women and children in need,” Rev. Theoharis said in a March interview with AlterNet.

Rev. Barber is a minister and former president of the state NAACP in North Carolina. Rev. Theoharis is co-director of the Kairos Center for Religions, Rights and Social Justice in New York.

In total, hundreds of people were arrested across seven states and Washington. According to the Associated Press, most of the arrests were for blocking traffic. But protesters in the nation’s capital were unconcerned with being arrested. “Somebody’s hurting our people and it’s gone on far too long,” they sang while police officers ordered them to disperse. “We won’t be silent anymore!”

In Missouri, 88 people were issued summonses in Jefferson City for obstructing a lawful police order to move after they blocked a downtown street. Police in Raleigh, N.C., led off 49 people after they walked out into the street in front of the legislative building, held hands and refused to depart until each was taken away and cited.

Officers cited 10 protesters at the Iowa Capitol who gathered in and around the staff offices of Gov. Kim Reynolds and refused to leave the building at the close of business hours.

The campaign casts the protests as a “re-ignition” of the Poor People’s Campaign, the 1968 movement started by Dr. Martin Luther King Jr. and others to challenge racism, poverty and militarism.

According to the campaign, protesters will spend the next 40 days engaged in nonviolent action, including the mobilization of voters and holding teach-ins.

The first teach-in on May 15 in Washington featured Marian Wright Edelman, president of the Children’s Defense Fund and a part of the 1968 campaign.