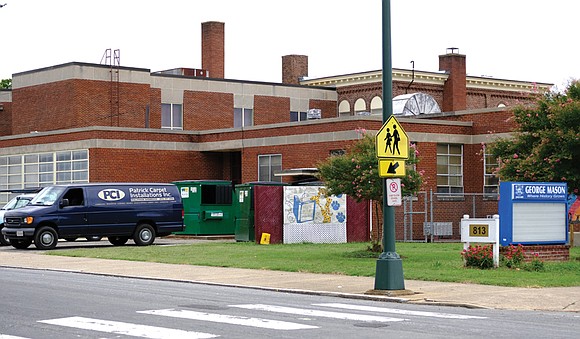 The Richmond School Board voted Monday to make George Mason Elementary School, located at 813 N. 28th St., a priority for the 2018-19 school year. 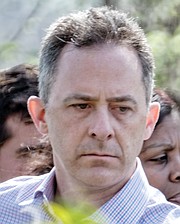 While the data show the majority of students complete 12 years and leave with a diploma to start careers or begin additional study, Richmond seems unable to make classroom education meaningful for a substantial minority who end up dropping out.

The latest report on school accreditation indicates the educational divide in the city.

One school, George Washington Carver Elementary, was not accredited, RPS Superintendent Jason Kamras stated, because of the cheating scandal on state Standards of Learning tests that was exposed earlier this year.

“Next year, Carver will be back for normal consideration of accreditation,” he said.

The accreditation lists reflect the changes that VDOE has ushered in.

Now Virginia has multiple quality measures for accreditation of schools. Along with pass rates on SOL tests, the new standards also measure how well each school has done in increasing academic performance and reducing the number of students who do not pass compared with previous years. Graduation rates, absenteeism and dropout rates also are measured, particularly at the high school level.

Schools also can be denied accreditation if they don’t submit improvement plans.

By any measure, RPS, as well as its individual schools, have a ways to go to meet or exceed state averages.

Richmond also faces an attendance challenge. VDOE data show that 20 percent of RPS students — one in five — are chronically absent at the high school and middle school levels, among the highest levels in Virginia.

Not surprisingly, the state reported that 20 percent of the Class of 2018 dropped out before graduation. That was the overall dropout rate for the division, the highest among all Virginia public school divisions.

The situation was even worse among students listed as English language learners. Two-thirds of that specific student group dropped out, state data show.

The state reports only added to the anxiety over public education in Richmond that was generated by the release of new audits from the Washington-based Council of the Great City Schools and The Education Trust. Mr. Kamras had requested the audits, with the results only confirming that Richmond schools are struggling.

The Education Trust, which analyzed data from the 2016-17 and 2015-16 school years, reported that Richmond’s graduation rates lagged behind state averages, both for students overall and for all individual student groups.

For example, while 88 percent of African-American students in Virginia completed high school in four years, just 80 percent did in Richmond.

Half of graduates statewide earned an advanced diploma, signaling readiness for college or careers, while in Richmond, only about 25 percent did.

“This data tells us that we still have a long way to go,” said Richmond School Board Chairwoman Dawn Page.

“We are optimistic that some of our schools have made progress by showing growth on the new measures. We remain committed to the success of all of our students.”

“RPS was criminal in the mistreatment of minority children, and these audits sealed the deal,” he said.

Still, he said, the audits were needed.

“I say that before you can fix a problem, you have to first admit that there is a problem.”

Since his arrival in February, Mr. Kamras has sought to tackle the problems that are well known and that the audits confirmed.

To help usher in change, the School Board approved Mr. Kamras’ new strategic plan, which outlines steps to support schools and enable each to meet current accreditation standards and provide the rich educational experiences parents want for their children.

“Our goal is to have 100 percent of our schools accredited by 2023,” Mr. Kamras stated in response to the state accreditation report.