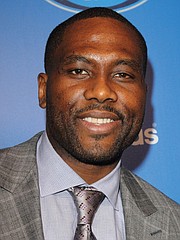 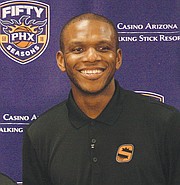 Today’s NBA seems to be tilted toward the West Coast.

According to the basketball league’s 30 general managers, the Oakland-based Golden State Warriors are picked to win their third straight NBA championship title and fourth in five years.

With the league’s 73rd season opening this week, here are predictions from the annual NBA.com GM Survey.

Best team: Golden State Warriors, with 87 percent of first place votes; the Boston Celtics and Houston rockets tied for second, with 7 percent of the votes.

Other NBA items of note:

The NBA All-Star Game: Feb. 17 at the Spectrum Center in Charlotte, N.C.

Top draft pick: Incoming No. 1 pick is Deandre Ayton of Phoenix from the University of Arizona.

Stadium updates: The Milwaukee Bucks move into the Fiserv Forum after playing 1988 through 2018 at the Bradley Center. This will be the final season the Golden State Warriors play at the Oracle Center in Oakland. The team moves next season to Chase Center in San Francisco.