Court may wind up redrawing lines for House of Delegates districts

Federal judges could end up redrawing the boundaries of 11 districts in the House of Delegates — including four in the Richmond-Petersburg area and seven in Hampton Roads — that were found to be illegally overloaded with black voters.

In a rebuke to Virginia Republicans who narrowly control the Virginia General Assembly, the three-judge panel that found the districts unconstitutional refused to extend an Oct. 30 deadline while the GOP appeals the court’s order to redraw the lines to the U.S. Supreme Court.

In its Aug. 30 order, the panel wrote that delaying a remedial plan likely would result in the 2019 Virginia House of Delegates elections proceeding under unconstitutional districts, which it could not allow.

The court’s rejection was issued the same day that the General Assembly met in a special redistricting session at the State Capitol. Lawmakers bickered over new redistricting maps that Democrats had advanced and then left without taking any action.

No additional special sessions have been set as Republicans head to the U.S. Supreme Court to try to overturn the panel’s order issued after finding that race was the key factor in drawing the 11 districts. 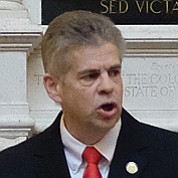 On Tuesday, attorneys for Republican House Speaker Kirk Cox and the Republican House Caucus argued that other factors were far more important than race in urging the nation’s highest court to keep the current districts in place.

Unless the nation’s highest court intervenes, the judicial panel would take on the task of redistricting if the deadline passes without the legislature approving a new map, which now seems increasingly unlikely.

That’s what happened two years ago after Virginia Republicans declined to change the boundaries of the state’s congressional districts after courts found African-American voters were illegally packed into the 3rd Congressional District represented by U.S. Rep. Robert C. “Bobby” Scott.

The court-drawn changes led to the creation of a redrawn 4th Congressional District that now includes Richmond and the election of a second African-American, Democratic Rep. A. Donald McEachin, to the state’s congressional delegation.

The nation’s highest court has shown little sympathy for the GOP cause in the current House of Delegates case, having already essentially rejected the current GOP-drawn House map and returned it to the three-judge panel.

Any revamping of the 11 majority-black House districts would mean some African-American voters would be moved into adjacent districts.

Overall, the changes could impact 29 to 33 of the state’s 100 House districts, lawmakers and election officials have said.

Political experts suggested that the moves could narrow or eliminate a Republican advantage in some of the districts.

For example, Newport News Republican Delegate David E. Yancey retained his 94th District seat after winning a tiebreaker last year after he and his Democratic challenger, Shelly Simonds, ended with the same number of votes.

Also, Republican Delegate Riley Ingram, who is considering retirement, has narrowly held off a Democratic challenger in the 62nd District in the last two elections. A move of a few more black voters into the district that now includes majority-white parts of Hopewell and the counties of Henrico, Chesterfield and Prince George, is seen as making it even harder for a Republican to hold the seat.