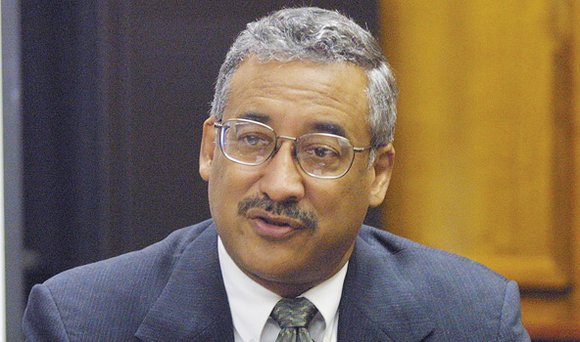 Two years ago, the Republican-controlled General Assembly was accused of creating new congressional districts that packed Democratic-leaning black voters into the 3rd House District, reducing the influence of black voters on congressional elections in adjacent districts.

In a 2-1 decision, the panel deemed the current map in violation of the U.S. Constitution’s Equal Protection Clause and ordered the state legislature to redraw the boundaries of the district by April 1. If not, the federal court panel will redraw the lines.

Tuesday’s decision is expected to have a ripple effect and require redrawing the boundaries of the adjacent 2nd and 4th House districts and possibly others to rebalance populations.

But the upcoming congressional elections scheduled for Tuesday, Nov. 4, will go forward with the current district lines.

Along with writing the opinion for the panel’s majority, Judge Allyson K. Duncan of the 4th U.S. Circuit Court of Appeals also issued a separate order allowing the November elections to “proceed as scheduled under the existing redistricting plan,” but she barred future elections until a new redistricting plan is adopted.

She and U.S. District Judge Liam O’ Grady, who joined her opinion, deemed it too late to do anything for the current round of elections.

The third member of the panel, U.S. District Judge Robert E. Payne, found no reason to overturn the redistricting plan.

Virginia House of Delegates Speaker William J. Howell, R-Stafford, remained mum following the decision. But the panel’s ruling drew cheers from Rep. Scott and other Virginia Democrats who had opposed the GOP redistricting plan. Rep. Scott supported a plan drawn by state Sen. Mamie Locke, D-Hampton, chairwoman of the Legislative Black Caucus. Sen. Locke’s plan would have boosted the number of black voters in the 4th District, while maintaining the 3rd District as majority black.

Even though the Obama administration had approved the plan as passing muster under the federal Voting Rights Act, the plaintiffs argued that Republicans used the law that was designed to protect black voting rights against black voters.

In her opinion, Judge Duncan found that the General Assembly went too far in trying to comply with the voting law and unconstitutionally made race the “the predominant factor” in drawing the lines.

That effort, she found, unnecessarily boosted the black voting-age population in the 3rd District from 53 percent to 56 percent and created a weirdly shaped 100-mile district that split localities and failed to meet the requirements for being compact and contiguous, she found.

Ironically, she noted, a 2013 U.S. Supreme Court decision striking down a key provision of the federal Voting Rights Act essentially eliminated any justification for the way the redistricting lines were drawn.

“I hope and expect the General Assembly will more equitably and appropriately balance the influence of all Virginia voters as mandated by this decision when (state) legislators redraw the 3rd Congressional District and adjacent congressional districts,” Rep. Scott stated.

Gov. Terry McAuliffe also hailed the panel’s ruling, stating that it “demonstrates the need to get partisan politics out of how Virginia draws its legislative boundaries.”

The Democratic chief executive called the decision “an opportunity to emerge with a map that reflects the best interests of Virginia families, not the political interests of the people drawing the lines.”