Spotlight on board president of ART 180 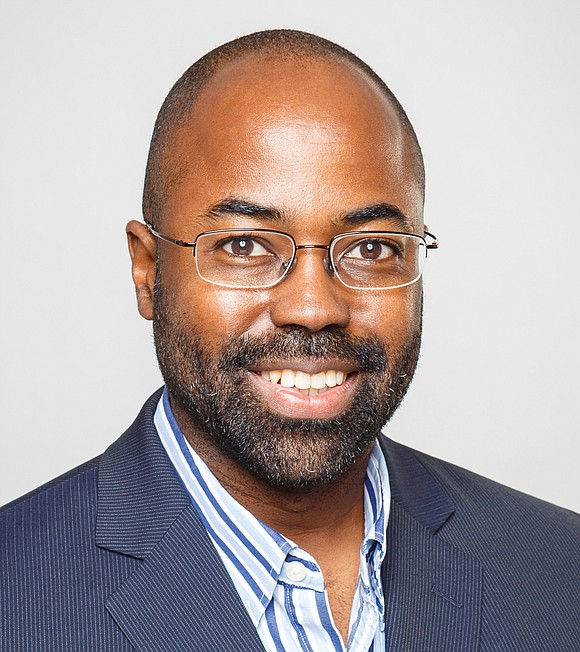 What ART 180 does is more than art. The Jackson Ward-based nonprofit creates a space where young people can open doors to express themselves through the arts and to share their stories with others.

That self-expression benefits not only the youths, but potentially their families and the community.

“The mission is so near and dear to my heart in so many ways,” says Joeffrey Trimmingham, who will become president of ART180’s board of directors later this month.

Now celebrating its 20th anniversary, ART 180 was founded by Marlene Paul and Kathleen Lane to bring artists and volunteers together to work with Richmond’s young people in after-school arts projects that build self-esteem.

“She was intrigued by what I was doing and, conversely, I was intrigued by Art 180,”he says. “That led to several conversations, and several years later, I got involved on (ART 180’s) Development Committee because it was an area that I hadn’t served before on a board. I thought it would be a good place to learn about ART 180, as well as make a contribution.”

Located at 114 W. Marshall St., ART 180 partners with other nonprofit organizations to serve youths ages 8 through 18 in Richmond who are living in challenging circumstances. It offers outlets in creative expression for young people facing poverty, the threat of violent crime, substance abuse and other challenges.

ART 180’s programs complement services provided by other agencies to address these challenges. Its programs include contemporary dance, painting, printmaking, community art and gardening, improvisation and self-advocacy through a joint program with the Legal Aid Justice Center.

About 200 young people are engaged in ART 180’s programs at any given time during the school year, with about 100 participating during the summer.

The eighth child of Irma and John Trimmingham, Mr. Trimmingham moved with his family from Trinidad to Nebraska when he was 9. Arriving one day after a blizzard, he says it was a shock because he had never seen snow before and didn’t know what it was.

“That was a big change for the entire family,” he recalls.

After eight years, the family moved to the Washington, D.C., area before Mr. Trimmingham returned to the Midwest for college and graduate school. He earned a master’s of fine arts in industrial design from the University of Illinois at Chicago in 2006.

“Industrial design was one way that I leveraged my passion for art and things technical,” he says.

Art has always been a part of his life. He played percussion for a significant part of his youth through adulthood, including being part of the marching band at Northwestern University for three years.

“If I hadn’t had music in my life when I was a kid, I wouldn’t be the person that I am today,” Mr. Trimmingham says.

“Those creative pursuits are really very important for young people to develop completely. If they are missing those outlets in school or other parts of their lives, I feel that can be detrimental to them.”

Part of ART 180’s work with young people is to help them learn skills, including problem solving, as they develop a relationship with the professional artists and program leaders.

“There is a lot of time spent on a personal, one-to-one basis trying to uncover what is happening with the kids in our programs,” he says.

“Ultimately, we hope to develop young people so they can leverage their voices later on in their lives to be used for the betterment of the world.”

Date and place of birth: Sept. 19 in Port of Spain, Trinidad.

No. 1 volunteer position: President, ART 180 Board of Directors.

Why I became involved with ART 180: Creativity is about problem solving, and I want to play a role in ensuring that youths learn to harness their creativity. We need their talents to help solve our most pressing challenges.

What ART 180 means to me: ART 180 is a safe training ground for creative youths and a showplace for sharing their talents. It’s also a place where I can see a fantastic cross-section of our city on any given First Friday.

ART 180’s mission: ART 180 gives young people ages 8 through 18 living in challenging circumstances the opportunity to express themselves through the arts, and to share their stories with others.

Strategy for achieving it: Learning more about how to find, understand and support our youths individually and collectively and applying those learnings.

What ART 180 does for young people: ART 180 helps young people develop a voice and presence that can last a lifetime.

Why art turns me on: Art has the power to get inside us and encourage us to shift our perceptions about what’s true.

Favorite artist: Do I really have to pick one? That’s too hard. There are just too many.

Number of young people in ART 180 program: We work with 200 young people at any given time during the school year and around 100 over the summer.

ART 180 could do more if: We could engage more people who are committed to helping all of our children achieve their best.

How I start the day: Prayer and meditation.

If I had more time, I would: Travel more to spend time with family and friends.

A quote that I am inspired by: “The secret of change is to focus all of your energy, not on fighting the old, but on building the new.” — Socrates

Kindergarten taught me: That I was terrible at three-legged races.

Something I love to do that most people would never imagine: Playing percussion.

Person who influenced me the most: An early mentor and friend, Dr. Ulysses Duke Jenkins.

Book that influenced me the most: “I Could Do Anything If I Only Knew What It Was: How to Discover What You Really Want and How to Get It” by Barbara Sher and Barbara Smith.

What I’m reading now: “Winning the Story Wars: Why Those Who Tell — and Live — the Best Stories Will Rule the Future” By Johan Sachs.

Next goal: Write the book that has been dying to get out of me.