Students at Hampton University soon will be playing video games as part of their studies.

The university is building an eSports lab, thanks to a $340,658 technology grant from the U.S. Department of Homeland Security.

Hampton Professor David Hughes said eSports is the “newest thing” in sports management. He began taking notice of the booming popularity of eSports in which players compete using video games in front of millions of fans in person or streaming online. 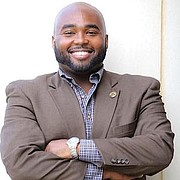 Last month, a 16-year-old from Pennsylvania won $3 million after beating 99 other players in the online fighting game Fortnite Battle Royale during the Fortnite World Cup finals in New York.

Fortnite is just one of the highly popular games among young people. Others include Call of Duty and Madden NFL.

Hampton will create a new eSports lab in the university’s library and will begin offering eSports as an academic course, as well as a concentration for graduate students in the Department of Sports Management in 2020.

“Statistically, African-Americans are about 75 percent of the users but less than 2 percent of us are engaged in eSports,” Professor Hughes said. “As of now, there’s no HBCU offering eSports, which leaves a void in diversity.”

Professor Hughes said in addition to students being able to master the games, they’ll also be able to create video games.

“To me, that’s the biggest piece. Not only will you play it, you’ll be able to create it,” Professor Hughes said. “So some video games might be produced by Hampton students if the idea is good enough.”

He hopes the new field of study will set up Hampton students for success.

“It’s absolutely a career,” Professor Hughes said. “It’s a billion dollar industry as of now and by 2020, it’ll be a $2 billion industry. The market dictates what you do.”

He said the grant also will allow the university to invest in 24/7 access to therapists for students who might struggle with anger or video game addiction. He also noted he will be looking into limiting how much time students can spend in the eSports lab each semester.