The Richmond Flying Squirrels are having a rough season in the standings but a banner year on the base paths.

The Squirrels have the Eastern League’s worst overall record (45-78 starting this week) but the highest stolen base total. 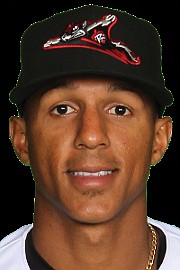 Led by flashy outfielder Johneshwy Fargas, the Squirrels began the week with 113 swipes, 12 ahead of the second place Reading Fightin Phils of Pennsylvania.

The 24-year-old Fargas, a former 11th round draftee out of Puerto Rico, is the EL’s individual leader with 44 stolen bases. Next is Jared Oliva of the Altoona (Penn.) Curve with 32 stolen bases.

Also among the stolen base leaders is the Flying Squirrels’ second baseman, Jalen Miller, with 25.

The Squirrels all-time single season record for steals is 49 set by Kelby Tomlinson in 2014.

In the annals of local pro baseball, former Richmond Brave Ed Miller is the all-time steals champion with 76 in 1979.

Fargas not only leads the EL in base burglary, but is near the top in all of minor league baseball.

Nick Heath has a combined 57 steals this season with the AA Northwest Arkansas Naturals and AAA Omaha Storm Chasers.

As for Fargas, he can be as fast away from The Diamond as he is on it. He is the proud owner of a shiny white Chevrolet Corvette with plenty of pickup.

“I love speed,” Fargas said in an interview earlier this year. “That’s why I have the car ... because I want to drive a car that has speed, too.”

More fast-footed help for the Squirrels has arrived from Puerto Rico. 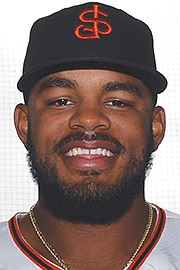 Heliot (pronounced Elliott) Ramos recently was promoted from the Class A San Jose Giants in California.

Ramos, a 2017 first round draft choice, turns 20 on Sept. 7. That makes him the second youngest EL player by a few months behind Luis Garcia of the Harrisburg Senators in Pennsylvania.

Ramos was chosen 18th overall in the 2017 draft. That’s the highest draft selection for a Puerto Rican athlete since the Houston Astros selected Carlos Correa first overall in 2012.

Ramos figures to patrol center field the rest of the way, moving Fargas to the left.

Attendance at the Flying Squirrels games is immune to disappointing play on the field.

With a full load of promotions on tap, including Fan Appreciation Day on Monday, Sept. 2, Richmond could again win the “attendance championship” with a last-place club.