Black church believed to be oldest in U.S. finishes repairs in time for 246th anniversary 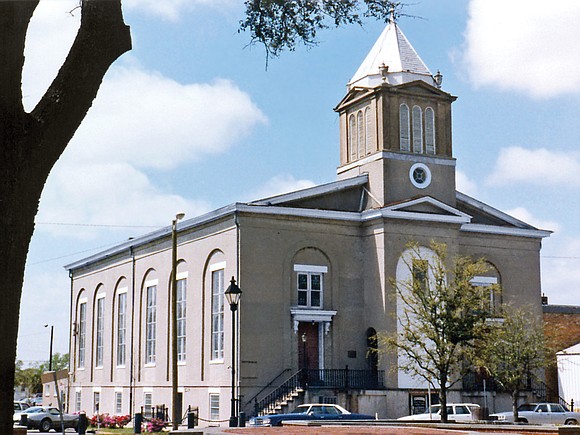 First African Baptist Church in Savannah, Ga., organized in 1773 and a National Historic Landmark, is believed to be the oldest African-American church in the United States. The current church building dates to 1859. Steven Martin

SAVANNAH, Ga.- A black congregation that began worship services before the American Revolution has restored its historic church to a version of its former glory.

A fresh coat of paint covers the freshly carpeted First African Baptist Church in this Georgia city, and the building also has had its bell tower fixed, water damaged ceilings repaired and stucco replaced, the Savannah Morning News reported earlier this month.

It cost nearly $600,000 to repair numerous issues, said the Rev. Thurmond N. Tillman, pastor of the church whose website dates the organization of the congregation to 1773, three years before the Declaration of Independence was issued, and claims to be the first black church in the nation.

The restored Savannah church building is only 160 years old, though. Built by free and enslaved black people, the church dates the completion of the building to 1859, two years before the start of the Civil War.

Some historic pieces that are older than the building were left untouched during the restoration, including pews carved with West African Arabic script, one of the earliest forms of writing.

The church would continue to play a central role in Savannah’s black community, later acting as a meeting place for civil rights activists, including pastors who took part in sit-ins and marches.

Sheila Jackson’s father, the Rev. Curtis J. Jackson, led the church between 1957 and 1961, during which she says she spotted the writing that she later identified as West African Arabic script.

“First African is much more than a church building,” said Ms. Jackson, who now lives in Atlanta. “It was built by slaves, it was part of the Underground Railroad and it served as the foundation for the civil rights movement in Savannah. It tells the story of who we are as a people.”

The congregation turned 246 years old on Dec. 12 and celebrated the milestone with four days of events, including a movie night and worship on Sunday morning.