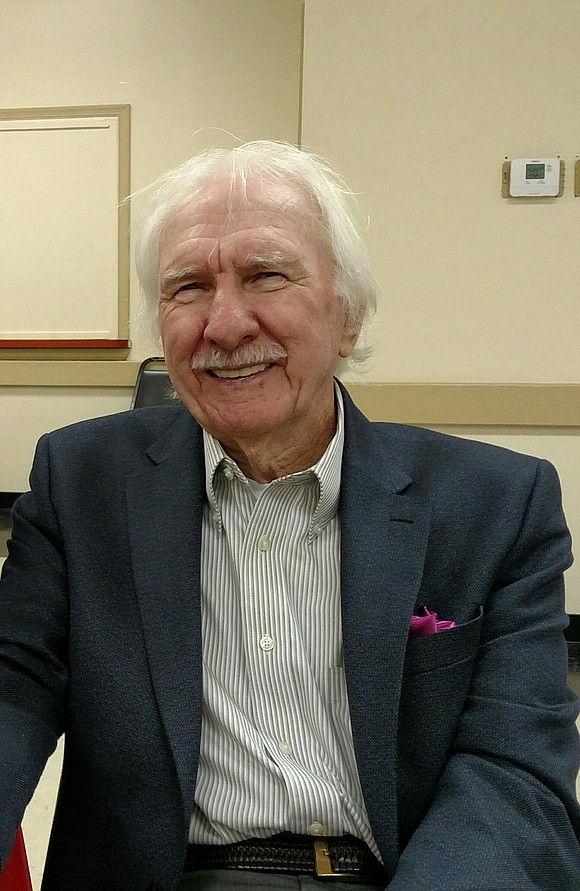 The energetic 76-year-old organized a committee to secure a new horse stable for the city’s Mounted Squad. The current stable, located by the train tracks on Brook Road under the Chamberlayne Avenue overpass, was condemned more than 16 years ago, he says. It was flooded during a tropical storm in 2004 and again in 2008.

“After years of repeated discussions with no progress, I spearheaded forming a committee and actually doing something,” Mr. Burley says.

The resulting Richmond Regional Mounted Police & Stable Project, of which Mr. Burley serves as chair, has been quite successful since its first organizational and strategy meeting was held in June 2017.

The key, he says, was getting the right people on board and then establishing good rapport with the ultimate decision-makers at City Hall.

“Within two days of creating a committee, I learned that Chief Pike and Chief Venuti had been wanting mounted officers for years, but didn’t have stable accommodations,” Mr. Burley recounts. “I said, ‘Let us build a barn to accommodate all three agencies.’ That’s the plan.”

Members researched and reviewed 13 sites for new stables, including some suggested by the public. The site selected is a city-owned tract of about 40 acres off Government Road, near Gillies Creek in Fulton Bottom, Mr. Burley says.

“The Gillies Creek tract was our best site,” Mr. Burley says. “It gave us the necessary size for the facility, training space and sufficient for rotating grazing lots. It also will have a community theme incorporated whereby visitors, especially children, can have some controlled interaction with the horses.”

The project will cost $1.5 million, which was included in the budget approved by City Council in May.

Groundbreaking will take place this spring, he says, with the barn to encompass about 3½ acres, with 12 horse stalls, an office area with work stations for eight to 10 officers and a conference room to accommodate training and tour groups.

The stable project is just the latest volunteer effort by Mr. Burley, a native of Amherst County who served as a paratrooper in the Army’s 101st Airborne Division and later as a military policeman before joining Richmond Police in 1964. He retired from the force in 1985, but has devoted his time to community efforts.

He led the successful effort to relocate a statue paying tribute to fallen police officers from Nina F. Abady Park beside the Richmond Coliseum to Byrd Park. The Richmond Police Memorial, which he says was “abandoned and neglected” at the Coliseum site, also features a plaque listing the names of the 28 Richmond Police officers killed in the line of duty from 1869 to 2003.