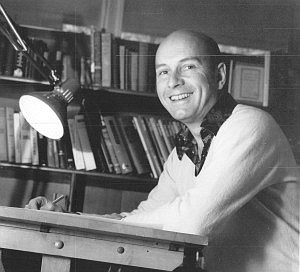 William F. Brown, an author and illustrator who was best known for writing the book of the Tony Award-winning 1975 musical “The Wiz,” died Sunday, June 23, 2019, at a hospital in Norwalk, Conn. He was 91.

His granddaughter, Sara Fitzpatrick, did not cite a precise cause of death.

Born in Jersey City, N.J., in 1928, Mr. Brown moved to New York City after attending Princeton University and landed his first job as a writer for Look Magazine in 1950.

After a year in the Army, he worked at an ad agency and produced advertising for television before branching out as a freelance writer, playwright and, for several years, the co-creator of a syndicated comic strip.

A versatile and all-purpose writer, he left advertising in the mid-1950s to become a freelance writer. He published humor books, wrote for musical revues and contributed jokes and kits to dozens of TV shows, including “Love, American Style” and programs hosted by Johnny Carson, Dean Martin, Jackie Gleason and Merv Griffin.

He wrote and illustrated a comedic book, “The Girl in the Freudian Slip,” in 1959, then repurposed the title for his first Broadway play, a comedy about a lecherous psychoanalyst, which ran for three days in 1967.

Mr. Harper approached Mr. Brown with the idea of reworking “The Wizard of Oz” as a musical with an all-black cast. Mr. Brown placed the familiar story, originally set in Kansas, in an urban environment, with Dorothy as an African-American girl in New York City. Charlie Smalls composed a score built on upbeat rhythm and blues music.

During tryout performances in Baltimore, Detroit and Philadelphia, the project was almost scrapped before Mr. Brown rewrote parts of the book, and director Geoffrey Holder revitalized the staging and costumes. 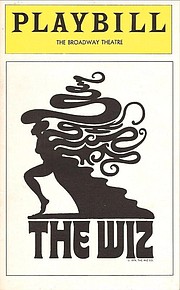 When “The Wiz” opened on Broadway in January 1975, reviews were tepid and expectations were low. But the sheer energy of the production proved irresistible and the musical became a word-of-mouth sensation, playing to sold-out audiences for four years.

Mr. Brown was nominated for a Tony Award and won a Drama Desk Award for his writing. “The Wiz” claimed seven Tony Awards in 1975, including best musical. Mr. Holder won Tony awards for costume design and directing.

“Dorothy’s search for Oz,” the late Mr. Holder told the New York Times in 1975, “is a universal story of growing up. Everyone — black, red or green — goes through it; that rebellion, that confusion about what the world is like, all those fears, until they know that they can always go back and find it. What is it? That love they have at home, of course.”

Revived on Broadway in 1984, “The Wiz” was presented as a live musical on NBC in 2015 and has been produced countless times at theaters around the country (It is currently in production in Richmond for the Virginia Repertory Theatre at the November Theatre in Downtown through Aug. 4).