The Heyward brothers are making their mark in baseball 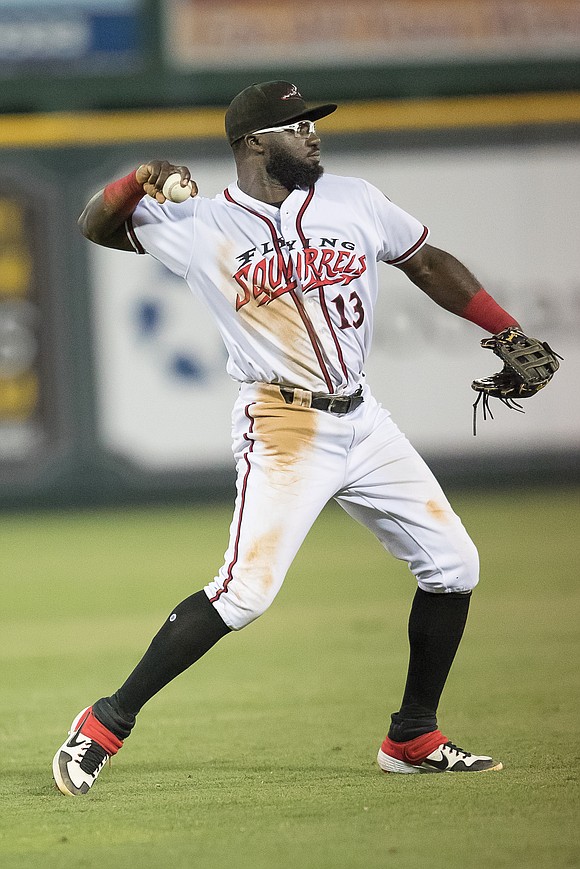 Chicago’s Wrigley Field and The Diamond in Richmond have something in common this season.

“People ask what it’s like to have a famous older brother,” Jacob said. “It’s no big deal to me. I’ve never known any different. I’ve been aware of that since I was 6 years old.”

Jacob, often batting leadoff, is among this season’s Flying Squirrels with clear upward mobility. The 18th round draft pick in 2016 out of the University of Miami has advanced each season in the chain of affiliates of the parent club San Francisco Giants.

Draft: 14th overall pick by the Atlanta Braves in 2007 out of high school in Georgia

Draft: 18th round pick by the San Francisco Giants in 2016 out of the University of Miami

Jacob graduated from the Rookie League Arizona Giants in 2016 to Class A Augusta, Ga., GreenJackets in 2017. Last season, he advanced further to the San Jose Giants in California, and now is with the Richmond Flying Squirrels, where he has impressed with bat and glove.

“I have no timetable” for moving up,” he said. “My goal is just to get better.”

Helping with that is big brother, Jason, in Chicago.

“We text back and forth all the time,” Jacob said. “It’s a hard game. Jason helps me get through the slumps.”

Jacob watches many of Jason’s games via the MLB Extra Innings package he has on his phone and in the Flying Squirrels’ locker room.

If the brothers aren’t playing themselves, they’re likely tracking each other’s progress.

Parents Eugene and Laura Heyward, who reside in McDonough, Ga., keep up with their talented sons. The couple met as undergraduates at Dartmouth College in New Hampshire. Eugene was a four-year basketball regular for the Ivy League school from 1977 to 1981. He is now an engineer consultant for the Air Force, while Laura serves as a quality analyst for Georgia Power.

Baseball was the sport that always came first in the Heyward household.

Neither brother took up basketball even though their father played at Dartmouth and their great uncle, Kenny Washington, was a star with the 1964 and 1965 NCAA basketball champion UCLA.

The Heywards don’t regret their focus on baseball. Jason is in an eight-year contract with the Chicago Cubs worth $184 million.

Jacob, too, is hoping a lucrative contract will be in his future in the sport. Through last week’s home stand, Jacob was hitting .277 with six homers and 18 runs batted in. He was the Eastern League Player of the Week for the period that ended May 5.

Rarely does Jacob chase a bat pitch. He’s among Eastern League leaders in walks with 28, helping him to a .400 on-base percentage.

Jason already has made his mark on the national pastime and has more years to add to his credentials at venerable Wrigley Field on Chicago’s North Side.

Playing catch-up to big brother, Jacob has his long-term sites set on an outfield post at Oracle Park in San Francisco. He’s hoping one shining season at The Diamond will provide the boost he needs to get to the West Coast.