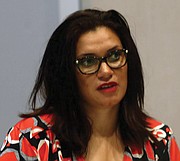 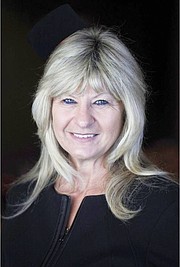 Like a steady drip, drip, drip, the cost of utility services is continuing to rise in Richmond at a double-digit pace, outpacing inflation and raising concerns among some about affordability.

Beginning July 1 when the new budget year begins, the combined increase in rates for water, sewer and natural gas service once again will rise by double digits — 11.5 percent — with an additional 4 percent increase in the rate for stormwater service for property owners.

Like past administrations, the administration of Mayor Levar M. Stoney has sought to minimize the impact of the increase on household budgets, telling City Council that the average utility customer would pay an extra $5.82 each month.

According to a statement from the administration, the city Department of Public Utilities is proposing on average, per single family residential customer, a $1.86 monthly increase for gas and a $3.96 increase for all three water utilities — water, wastewater and stormwater.

But that’s just this year, and only for small users. The impact is likely to be larger on businesses and apartment building owners.

And it doesn’t take into account the increases of the past and the coming increases, according to two City Council members, Kim B. Gray, 2nd District, and Reva M. Trammell, 8th District, who were unsuccessful in seeking to roll back the proposed utility rate increases.

Mayor Stoney and the department received a majority of the council’s support with their argument that the hike in rates was essential to maintain service, meet all federal and state regulations and enable the department to continue to borrow at low interest for its program to upgrade or replace the city’s aging infrastructure of underground pipes that dates back more than a century.

In addition, the increase is needed, the administration stated, in order for DPU to continue to support the general fund budget with PILOT payments, or payments in lieu of taxes.

Under the City Charter, DPU is required to pay into the city treasury an amount equal to the taxes it would pay if it were a private business.

Mayor Stoney’s budget proposal was based on securing a DPU PILOT of $20 million to support the general fund, which goes to pay for police, fire service, street paving and a host of other city services.

When council considered the Gray-Trammell plan to eliminate the proposed rate utility increases, the administration swiftly notified the council that such action would strip $4 million from DPU’s projected PILOT payment, and the administration requested from the council information on how that $4 million reduction to the general fund would be replaced. The Gray-Trammell proposal quickly died.

Still, the steady rate increases have had an impact on family and business budgets. DPU data on rate increases beginning with the 2007-2008 budget year tell the story.