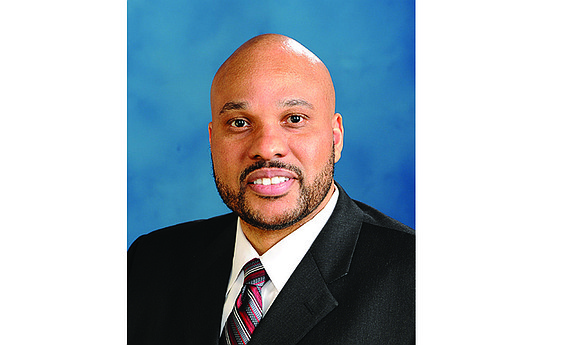 Calvin D. Farr Jr., 43, will be the next director of the Richmond Department of Public Utilities.

“He stood out to the selection committee because of his professionalism, experience and passion to protect the environment and provide good customer service,” the mayor stated.

“I’m truly honored to be selected as the new DPU director and excited by the challenges and opportunities that DPU faces,” Mr. Farr stated in the news release announcing his selection. “I look forward to helping shape and implement strategy to continue to provide premier utility service that meets or exceeds Richmond’s goals.”

A graduate of Old Dominion University in civil engineering, Mr. Farr starts his job later this month managing the city’s water, wastewater, gas, electric streetlight and stormwater utilities. His starting salary: $150,000 a year, or more than any previous utilities director.

He will succeed Robert Steidel, who oversees utilities and public works as the city’s deputy chief administrator for operations. Rosemary Green, who has served as interim director since Mr. Steidel’s promotion last year, will return to serving as a DPU deputy director.

Mr. Farr brings more than 21 years of experience to his post, according to his résumé.

As assistant commissioner in Atlanta, he has been involved with overseeing a $350 million project to increase that city’s water reserve from three days to more than 30 days through the creation of a new reservoir.

He previously spent more than 10 years with the Washington Suburban Sanitation Commission, which supplies most of the drinking water and wastewater treatment for Montgomery and Prince George’s counties in Maryland.

Earlier in his career, he worked for several private companies involved in utility consulting work.

He also has a master’s in environmental engineering from Johns Hopkins University and an executive master’s degree in public management from the University of Maryland-College Park.