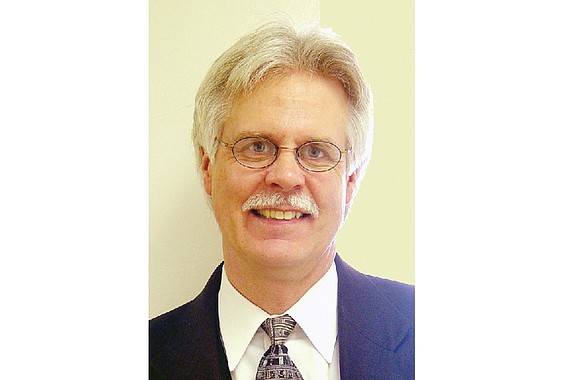 Richmond Mayor Levar M. Stoney apparently is seeking to overturn a 16-year-old ban on development in a public park in South Side.

He is doing so in a bid to meet a Chesterfield County request to boost its purchase of drinking water from Richmond. The county now buys 27 million gallons a day and wants to increase the amount by 5 million gallons, to 32 million gallons daily.

Under a proposal the mayor has sent to Richmond City Council, he is seeking approval to lease a portion of the 106-acre Lewis G. Larus Park, 8850 W. Huguenot Road, to the county for construction of a new pumping station and transmission line to get the additional water to its customers.

As described to the council, the new facility would be paid for by the county.

The administration did not explain how many acres of the park’s woodland would be disturbed.

While the Stoney administration insists the park property can be used for this purpose, it appears to run afoul of a development ban that was put in place in February 2001.

Under Mayor Stoney’s plan, Chesterfield County would pay an average of $1.3 million a year for the additional 5 million gallons in 2020, when the construction would be completed and the new equipment ready for use.

The county also is promising to pay the city for the trees that would need to be removed and to develop a small, 10-car parking lot at the park.

The site was chosen because it is adjacent to the pumping station through which the city now ships water to Chesterfield.

In a statement attached to the proposed legislation, the Stoney administration notified the council that encroaching into Larus Park “is in accordance with city code,” although the administration did not mention the code section that contains that authority.

Not so, according to Dr. Charles Price, one of Richmond’s most active parks advocates who, among other things, is credited with the creation of the Cannon Park Greenway bicycle and pedestrian trail in North Side.

He points to a strict ban on development in Larus Park contained in Section 8-2 (c) of the City Code.

That section bars the city from leasing any section of Larus and other parks for “any purpose that would result in or involve any development.” Also covered are Bandy Field Park, Crooked Branch Ravine Park and the James River Park system.

If that ban sticks, the Stoney administration would have to seek another site.

The mayor and other city officials weren’t immediately available to comment on the code section and how they believe they could get around it.

And there may be another barrier to the use of the park — the deed that transferred the Larus property to the city in 1975.

The deed includes a stipulation that the former owners or their heirs must approve any installation of utilities, roads or other infrastructure in the park.

Even if the administration can overcome those hurdles, it is sure to face opposition from Richmond residents upset that they are paying far more for city water than Chesterfield County residents.