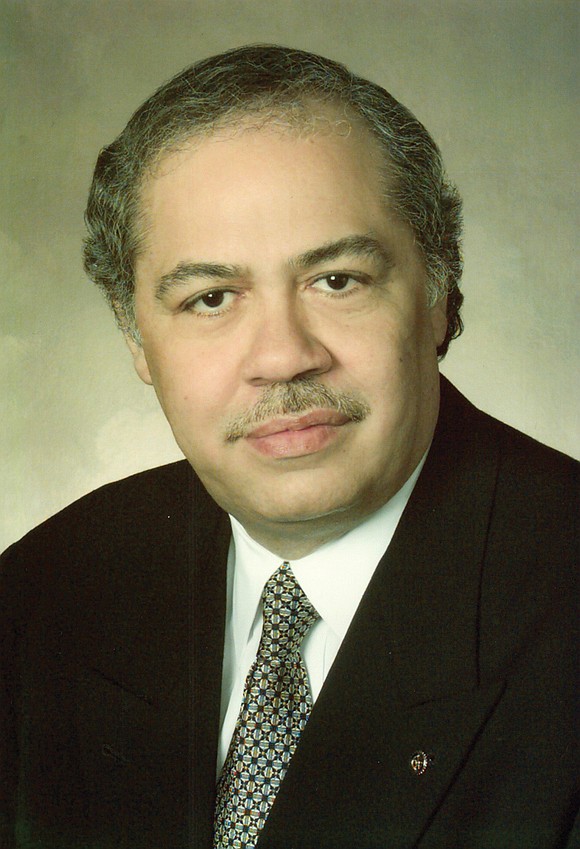 When Rev. Scott spoke, people listened as he represented more than 1,000 congregations as executive minister of the Richmond-based Baptist General Convention of Virginia.

Through his leadership from 1978 to 2011, the mild-mannered and soft-spoken minister enabled the BGCV to win recognition as “a strong, leading voice in matters of faith in the state,” U.S. Rep. Robert C. “Bobby” Scott, D-3rd, stated in a tribute to Rev. Scott (no relation) at his retirement in June 2011 that was published in the Congressional Record.

During his tenure, Rev. Scott played a key role in creating or strengthening links between the BGCV and such people-helping, faith-based groups as the Children’s Home of Virginia Baptists, the United Negro College Fund and GraceInside, which supplies chaplains to jails and prisons. He also built up the BGCV’s ties with the Progressive National Baptist Convention and the National Baptist Convention USA.

Rev. Scott’s contributions to African-American religious affairs are being remembered following his death Sunday, April 28, 2019, in Falls Church. He was 74.

Family and friends paid final tributes to Rev. Scott on Saturday, May 4, at St. Peter Baptist Church in Glen Allen, before he was entombed in Greenlawn Memorial Gardens in Chesapeake.

Born in Portsmouth in February 1945, just a few months before the Allied victory in World War II, Rev. Scott came to Richmond to attend Virginia Union University, where he graduated with a degree in history and government.

He went on to earn a master’s in divinity from VUU’s School of Theology and a master’s in educational administration and supervision from Virginia Commonwealth University.

Early in his career, he served as pastor of New Bridge Baptist Church in Metro Richmond and as associate director of campus ministry at the Baptist General Association of Virginia, an affiliate of the Southern Baptist Convention.

As executive minister of the BGCV that was founded in 1899, Rev. Scott coordinated day-to-day operations and oversaw the staff that supervised BGCV ministries and programs, organized regional and statewide conferences, workshops and retreats and developed brochures, pamphlets and other information on everything from Christian education to youth development and health care.

Rev. Scott also led the development in 1990 of the BGCV headquarters at 1214 W. Graham Road across from Virginia Union University.

He also pushed the organization’s embrace of the Virginia One Church, One Child adoption initiative to involve member churches in recruiting their congregants to provide adoptive homes for African-American children languishing in foster care.

Today, the initiative, which the state Department of Social Services financially supports, is housed at the BGCV headquarters, which also houses the offices of the Virginia State Conference NAACP.

Rev. Scott also served on the VUU Board of Trustees and the boards of the Council for America’s First Freedom, the Virginia Council of Churches and the state NAACP. He also served on the Sunday School Publishing board of the National Baptist Convention USA and represented the BGCV on the executive committee of the Lott Carey Foreign Mission Convention.