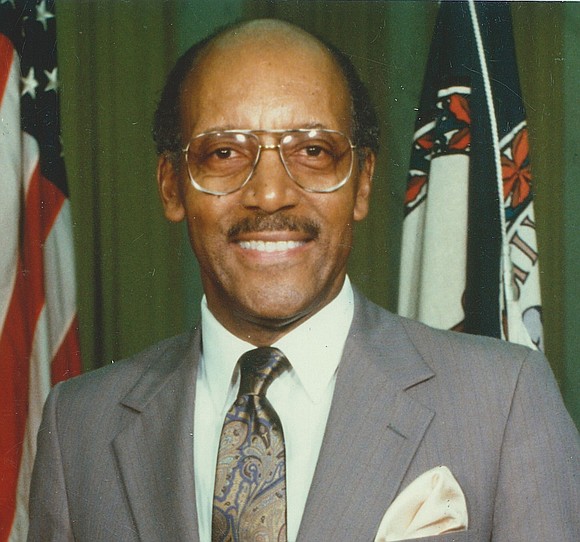 Dr. Roy A. West, a decisive and outspoken man known for his strong opinions and who exercised power at City Hall as mayor while playing an influential role in public education in Richmond, has died.

A controversial figure as the city’s second African-American mayor and a longtime high school and middle school principal who sought to use education to change the lives of city children growing up in poverty as he did, Dr. West succumbed to complications from pneumonia Saturday, May 25, 2019, in Gloucester where he moved to be near his son. He was 89.

His life in public service and education will be celebrated 11 a.m. Tuesday, June 4, in Coburn Hall at his alma mater, Virginia Union University, according to Scott’s Funeral Home.

A wake will be held 6 to 7 pm. Monday, June 3, at Scott’s Funeral Home Chapel, 116 E. Brookland Park Blvd. in North Side, a few miles from the Washington Park community where Dr. West grew up and lived most of his life.

An outsized personality who ruled his schools with an iron fist, Dr. West made his biggest public splash in 1982 when he defeated three-term veteran City Councilwoman Willie J. Dell in the 3rd District. It was Dr. West’s first run for Richmond City Council.

At a time when the mayor was elected by the vote of council instead of by popular vote, Dr. West, then a middle school principal, followed up his victory with a quick jump to mayor — a huge and unexpected move for a freshman.

At the time, civil rights attorney and Councilman Henry L. Marsh III was considered first among council equals. He had become the city’s first African-American mayor after a black majority had been elected to City Council in 1977. Mayor Marsh’s election followed a contentious seven years of court battles over the previous white-majority council’s annexation of a part Chesterfield County in an effort to bring in more white voters and prevent a looming black political takeover.

With the council divided into nine districts in the aftermath of the court cases, Dr. West, who was new on the council, voted for himself as mayor and garnered the votes of the four white council members to land in the mayor’s position and eliminate the black majority that had overseen city government for five years.

The power shift disappointed many, including Bernice Travers, current president of the Richmond Crusade for Voters, who remembers Dr. West’s feuds with and grudges involving other black leaders.

“There was a sense of cohesion on City Council and in the black community prior to Dr. West voting to appoint himself as mayor. He sided with the minority faction on council and with corporate leaders, thus dismantling the hope of progress for African-Americans,” she said.

Typical of Dr. West, his run for office was fueled, in large part, by his desire to get back at the School Board and then Superintendent Richard C. Hunter, who had demoted him in 1980 from principal of John Marshall High School to principal of Albert Hill Middle as the result of policy disagreements.