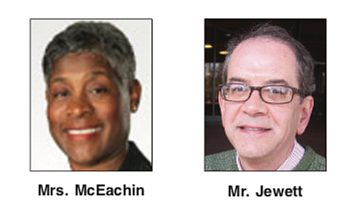 Voters made it official that Colette W. McEachin will be Richmond’s first elected female commonwealth’s attorney.

Mrs. McEachin was appointed as commonwealth’s attorney in July after Michael N. Herring stepped down. She garnered more than 54,000 votes in running without opposition to secure her first four-year term in the post.

Mrs. McEachin, the wife of 4th District Congressman A. Donald McEachin, has more than 20 years of experience with the office, previously serving as a deputy commonwealth’s attorney.