Dr. Wesley B. Carter, child and adolescent psychiatrist, dies at 77 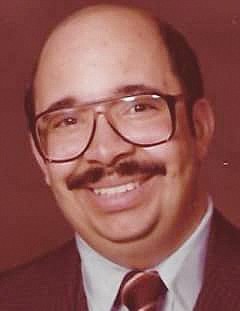 The caring, soft-spoken psychiatrist touched the lives of untold numbers of young people through his private medical practice, through his work with students identified with mental and behavioral problems in Richmond Public Schools, through his treatment of patients at state facilities and through his service as a mentor to medical students in training to become psychiatrists.

Outside of his work, the Richmond native and Air Force veteran also attracted attention for the style and verve he brought to the dance floor at parties.

But most of all, “he was a very pleasant person. That’s what attracted me,” said his wife of more than 45 years, Norma Yvonne “Bonnie” Archer Carter, a retired high school teacher in Richmond and vice president and past president of the Richmond Council of Women’s Organizations.

His work and community service are being remembered following his death on Wednesday, Nov. 20, 2019, in Williamsburg where he and his wife were vacationing. Mrs. Carter said he suffered a heart attack. He was 77.

His life was celebrated during a noon service on Monday, Nov. 25, at Scott’s Funeral Home Chapel in North Side.

Dr. Carter was the son of the late Louise Byrd Carter and Wesley T. Carter, a retired Richmond educator who was celebrated as VUU’s oldest living alumnus and best known supporter of the university’s sports teams before his death in 2012 at age 104.

Dr. Carter graduated from Maggie Walker High School in 1960 and Virginia Union University in 1964. He was the lone African-American in his medical school class when he entered the Medical College of Virginia, where he graduated in 1971. He did his medical residency in Richmond.

Dr. Carter then served three years at Wright-Patterson Air Force Base near Dayton, Ohio, as an Air Force psychiatrist.

Then married, he returned to Virginia in 1975, Mrs. Carter said, and initially joined a practice in Williamsburg. He later returned to the Richmond area to start his own psychiatry practice.

For decades, his practice was located on River Road in Goochland County. He also was among the African-American physician-investors involved in developing the modern Richmond Community Hospital and its psychiatric services on North 28th Street in Church Hill. Bon Secours now owns the hospital.

While in private practice, Dr. Carter also served for years as an RPS psychiatric consultant for students until the school system added an in-house psychology staff.

After closing his private practice about six years ago, he started working with patients at a state facility in Northern Virginia. After two years, he joined the staff of the Bon Air Juvenile Correctional Center before fully retiring in 2018.

He then served as a volunteer mentor to MCV students with an interest in psychiatry, his wife said.

Dr. Carter served on the board of the National Medical Association and belonged to the Old Dominion Medical Society and the Richmond Medical Society, among other professional associations.

His wife of 47 years is his only immediate survivor.