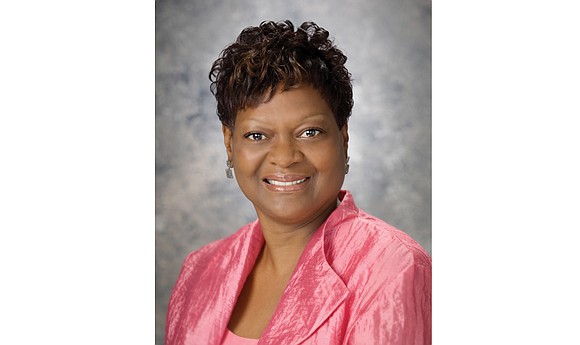 Richmond Delegate Delores L. McQuinn and five students will be honored next week at the debut of a new nonprofit organized to enable young people of color to understand and become involved in shaping public policy.

State Secretary of Education Atif Qarni is to deliver the keynote address at the Policy Pathways Inc.’s Fall Celebration and Fundraiser on Thursday, Oct. 24, at the Claude G. Perkins Living and Learning Center at Virginia Union University. A reception starts at 5:30 p.m. followed by a program from 6 to 7:30 p.m. that radio personality Sheilah Belle will emcee.

Delegate McQuinn, a member of the Policy Pathways board, will be honored for her role in shaping public policy in the General Assembly, said Dr. D. Pulane Lucas, founder and president of the board and a business professor at J. Sargeant Reynolds Community College.

The student honorees include Carson Maurice-James Chavis, an athlete and musician at Virginia State University, who has overcome disabilities, been engaged in a wide range of church and com- munity service activities and is now studying for a career in mechanical engineering.

Four Richmond high school students also will be honored: Myasia Goode of Open High School, who has been engaged in ending food deserts; Jaymesha Richardson of Thomas Jefferson High School, who plays on the basketball and volleyball teams, founded the Croc Club at the school and maintains a 4.7 GPA; Corey Stuckey of George Wythe High School, who serves on the Superintendent’s Advisory Council and the school’s student council, plays in the marching band, is a member of the debate club and is on the basketball and track teams; and Israel Torres-Costellaos of Huguenot High School, an award-winning cadet command sergeant-major in the school’s JROTC program.

The event is open to the public, but registration is requested at Policypathways.rsvpify.com.

The program is aimed at introducing Policy Pathways and its plan to host the Summer Academy for Policy Leadership and Public Service, a two-week boot camp for high school and college students seeking to learn about public policy formation, and year-round enrichment programs on public policy in Richmond and other public schools.

Dr. Lucas said she came up with idea after seeing too few African-Americans and Latinos participating at conferences and meetings that help shape policies on education, health, safety and other areas.

“We’re seeing more activism among young people,” Dr. Lucas said in citing groups like Black Lives Matter. She sees the programs the nonprofit will offer as helping to equip young people with the tools of the public policy trade, including the benefits of research and the use of statistics and other data to enable them to make their policy case in the public arena.

Dr. Lucas said the nine-member board also wants to play a role in ending the disparity in the selection of gifted and talented students for special attention. She said that too oftenAfrican-American and Latino students are overlooked, and her group plans to be involved in advocating for change.