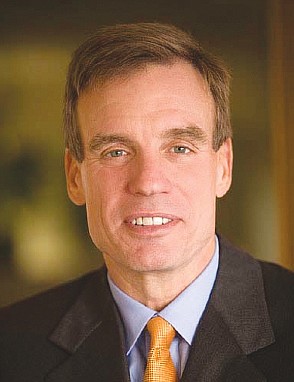 For the past two years, I have served as vice chairman of the Senate Intelligence Committee, helping lead the only bipartisan investigation into Russia’s attack on the 2016 election. Our goal in this investigation is not to re-litigate the 2016 election or question its validity. Instead, we are focused on how we can protect the integrity of future elections so that every American heads to the polls confident that his or her vote will count.

To that end, the committee is releasing a series of bipartisan reports laying out exactly what happened in 2016 and what we must do to secure our elections going forward.

Just this month, the committee released a report concluding that Russia exploited our social media platforms as part of a broad, sophisticated and ongoing information warfare campaign. Their goal is simple: Undermine faith in our democracy and sow discord in American politics and society. And as our report describes, no group was more heavily targeted than the African-American community.

Protecting the right to vote — from domestic voter suppression, from unconstitutional gerrymandering and from foreign election interference — is one of the defining civil rights issues of our time.

Unfortunately, President Trump and Republican Senate Majority Leader Mitch McConnell are blocking every piece of bipartisan election security legislation that has been proposed in the U.S. Senate.

The frustrating thing is we know exactly what needs to be done to secure our election infrastructure: We need a voter- verified paper trail for every vote, and we need post-election audits to make sure the official results are correct.

We also need to replace out- dated hardware and strengthen the cyber defenses of our voting machines and voter registration systems and databases.

Here in Virginia, we are leading the way in these important reforms. Ahead of the 2018 midterm elec- tions, we replaced our paperless voting machines, upgraded our systems and instituted post- election audits — ensuring that every vote is secure and helping to set the standard for other states to follow.

Working with my colleagues on the Senate Intelligence Committee, I also helped obtain additional funding to help states secure their systems ahead of the 2018 midterm elections.

But while additional funding for election security is a necessary part of securing our elections, it is not a sufficient defense against foreign attacks on our democracy.

In addition to securing voting machines and other aspects of our election infrastructure, we need to make sure local elections officials are able to discuss threats to our elections in a classified setting so they can know the threats they’re facing.

And if local election officials have reason to suspect that a serious cyber security incident has occurred, they need to alert the appropriate federal officials, including Congress.

In light of the ways Russia abused our social media platforms, we also need to make sure online ads follow the same rules as TV, radio and print advertising. If you’re seeing an election ad on Facebook that was bought in St. Petersburg, Russia, and paid for in rubles, you ought to have a right to know. In 2016, such measures would have helped alert Americans that Russian operatives were the ones generating “vote by text message” memes and other voter suppression content targeted at African-Americans.