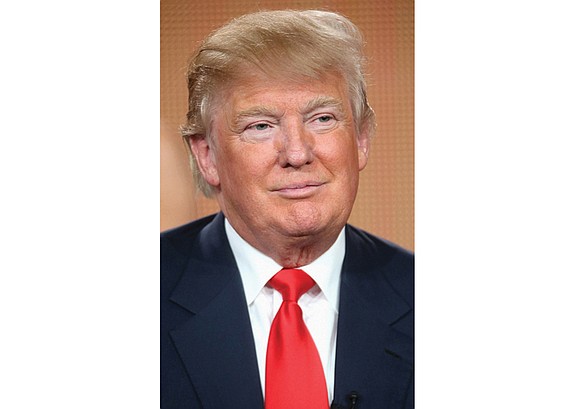 U.S. officials told Reuters that Mr. Trump is receiving an average of one presidential intelligence briefing a week — far fewer than most of his recent predecessors. However, officials said Vice President-elect Mike Pence gets briefings around six days a week.

“If we endure another attack, and the intelligence officials had indications or information regarding that attack and the president did not want to listen to that, for whatever reason, the responsibility for that attack would fall on the president.”

In an interview with Fox News on Sunday, President-elect Trump said he found the intelligence briefings repetitive and that he already understood potential threats.

“You know, I’m a smart person. I don’t have to be told the same things in the same words every single day for the next eight years,” said the president-elect, who takes office on Jan. 20.

Mr. Panetta said Mr. Trump should heed the view of U.S. intelligence agencies that Russia interfered in the presidential election through cyber attacks.

“When it comes to Russian interference in our last campaign, 17 intelligence agencies agree that Russia is involved in that effort. I think the president would do well to say we ought to find out what Russia’s role was, we ought to investigate it and ensure that it never happens again.”

The CIA reportedly believes Russian hacking was aimed at boosting Mr. Trump’s candidacy — an assessment not shared by the FBI, which has concluded that Russian cyber attacks sought generally to undermine the election.

Mr. Trump called the CIA assessment “ridiculous,” and Russia has denied meddling in the election.

In two posts on Twitter, President-elect Trump also suggested that politics played a role in the news reports on the Russian hacking that emerged late last week.

“Can you imagine if the election results were the opposite and WE tried to play the Russia/CIA card. It would be called conspiracy theory!” he wrote.

A second tweet said, “Unless you catch ‘hackers’ in the act, it is very hard to determine who was doing the hacking. Why wasn’t this brought up before election?”

On Friday, President Obama ordered a full review of possible Russian hacking. He asked for a final report before he leaves office on Jan. 20. The review will be led by James Clapper, the outgoing director of national intelligence.

Bipartisan calls for an investigation have been growing with reports that American intelligence agencies concluded with “high confidence” that their Russian counterparts directed the hacking of Democratic Party organizations and leaders in an effort to boost Mr. Trump’s campaign and to undermine Democratic candidate Hillary Clinton.

Reports also said Russians hacked into the computers of Republican operatives, but unlike that of the Democrats, little of the GOP information was leaked to the public.

“It’s obvious that the Russians hacked into our campaigns,” U.S. Sen. John McCain of Arizona said in a Reuters interview. “But there is no information that they were intending to affect the outcome of the election, and that’s why we need a congressional investigation.”

Senate Republican leader Mitch McConnell decried Russian hacking aimed at interfering in the 2016 presidential election on Monday and said he backs an investigation.

“Any foreign breach of our cyber security measures is disturbing and I strongly condemn any such efforts,” Sen. McConnell said at a news conference. “This simply cannot be a partisan issue.”

“Interference in America’s democracy and our electoral process by any outside power is unacceptable,” said Sen. Warner, who is the incoming vice chairman of the Senate Select Committee on Intelligence. “I strongly believe Congress must play a proactive role in this investigation.”

He said he looks forward to “working in a bipartisan manner to ensure this matter is thoroughly investigated.”

The U.S. Senate Foreign Relations Committee also is planning a closed briefing and a public hearing on the Russia hacking issue as soon as the Senate returns from its year-end recess.

“The committee plans to systematically look at this issue and will begin with both a classified briefing and an open hearing in early January when the Senate returns,” said Micah Johnson, a spokeswoman for the panel’s Republican chairman, Sen. Bob Corker of Tennessee.