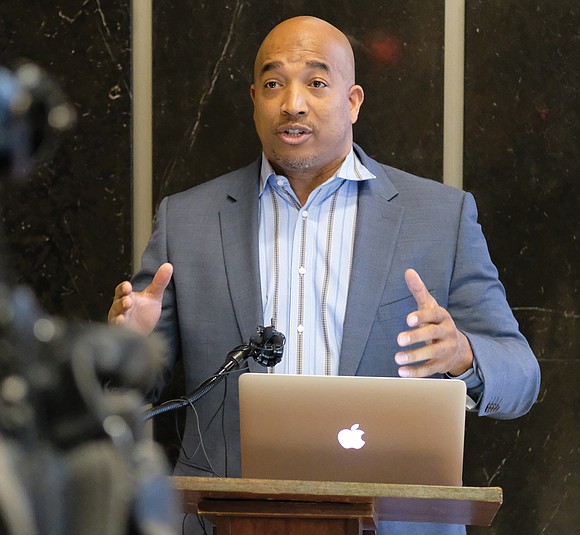 Ninth District Councilman Michael J. Jones, chair of City Council’s Finance and Economic Development Committee, estimates that projected Richmond revenues in the new fiscal year that will begin July 1 could shrink by $75 million to $100 million as a result of the coronavirus.

But so far, council members remain as much in the dark as the general public, said Councilwoman Kim B. Gray, 2nd District. 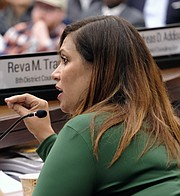 Hopes are high that next week, council members as well as city residents can get a first glimpse of the projected impact the virus is having now and could have on the coming fiscal year. That could happen Monday, April 13, when City Council is scheduled to hold its first session to review the $1.92 billion city budget plan for 2020- 21 submitted by Mayor Levar M. Stoney on March 6.

Ms. Gray, meanwhile, issued a letter calling on Mayor Stoney to provide revised revenue estimates both for the current 2019-2020 fiscal year and for the 2020-21 fiscal year — based on prospects that Richmond, like other communities, is heading into a virus-driven recession that could create shortfalls in city revenue.

So far, Mayor Stoney and his top financial advisers and staff have offered little guidance in the face of uncertainty on how long the pandemic lockdown will continue and whether there will be an extended recession.

There also is uncertainty about the amount of money the city might receive from the $1.5 billion in support the federal government will be sending to the state government to distribute to local governments to shore up their finances.

“Sure, we will have more to say and more info and numbers in the coming days and weeks,” Jim Nolan, Mayor Stoney’s press secretary wrote on March 27 in response to a Free Press query.

“The disruption caused by this pandemic is going to have a significant negative impact on budgeted revenues and projections, not only in Richmond but across the region, commonwealth, nation and world.

“City Finance and Budget staffs are currently reviewing and analyzing both the revenue and expenditure forecasts for the current and upcoming fiscal years and will provide revised projections as they become available. The long-term fiscal impact, of course, will be determined by how long the pandemic is expected to last,” he noted.

Already the state is taking steps to deal with estimates that state revenue could fall by $1 billion in each of the next two years.

In the past week, Gov. Ralph S. Northam has imposed a hiring freeze to prevent state agencies from filling positions not designated as essential and ordered state agencies to “eliminate discretionary spending, avoid new spending commitments and prepare for budget cuts in the next two years.”

Like the governor, Mayor Stoney has protected city employees and rejected layoffs or furloughs at this point.