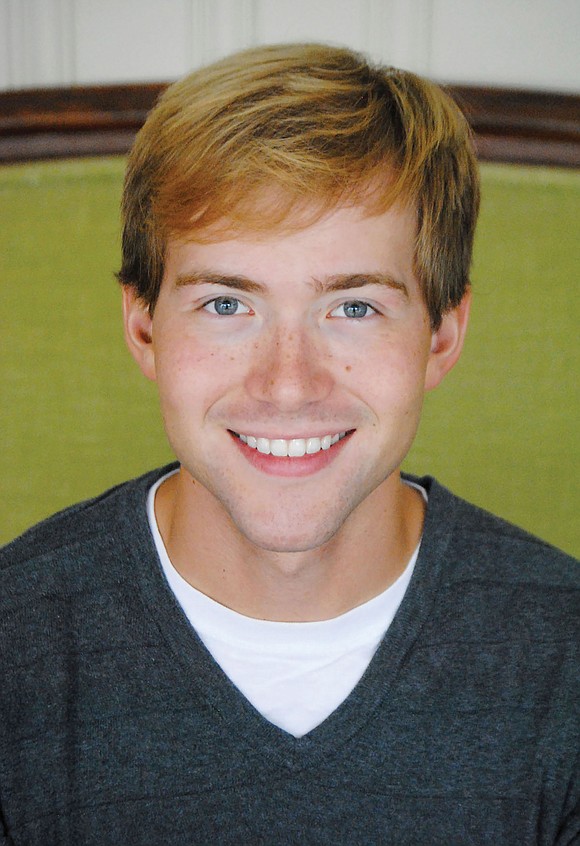 The prestigious award, which comes with a $25,000 prize to the winner, recognizes the best plays that premiered professionally outside of New York City.

Mr. Hubbard’s play, which premiered last July at the Firehouse Theatre on West Broad Street in Richmond, is one of six finalists chosen from a field of 32 scripts across 13 states that were recommended by ATCA members.

Past winners of the award include August Wilson, Arthur Miller and Moises Kaufman.

It’s quite an honor to be selected as a finalist for the award and a sign of greater recognition for the 30-year- old’s work.

This is just one of many roles Mr. Hubbard has undertaken within the city’s theater community during the past few years.

His interest in theater began at an early age, thanks to parents who shared the breadth of Richmond’s theater scene with him. He has acted in a number of productions, from “Corpus Christi” to “Talk Radio” and “Mr. Burns: A Post-Electric Play,” with several groups, including 5th Wall Theatre, the Richmond Triangle Players, Quill Theatre and TheatreLAB, among others.

Mr. Hubbard, who has thought of himself as a writer since middle school, has written several plays, with only one previously getting a full staging.

“Animal Control” deals with themes of control, communication and compassion and is set around the new manager of an animal shelter as she deals with a dysfunctional office and tries to handle mounting fallout stemming from a complaint about a pit bull terrorizing a dog park. The play is a mix of comedy and tragedy and partly rooted in Mr. Hubbard’s own experiences.

“Like most writers, it was vaguely autobiographical, with embellishments here and there and everywhere,” Mr. Hubbard says, describing the act of creating and mounting his own play as “wonderful, terrifying, sleep-losing and hair-tearing.”

After reports in recent months of animal abuse in the Metro Richmond area, “Animal Control” is lent a greater degree of relatability. In January 2019, Mr. Hubbard won The Martha Hill Newell Playwriting Award for “Animal Control,” and was nominated for Best Original Work from the Richmond The- atre Critics Circle.

Mr. Hubbard views theater not just as a story-telling tool, but also an engine for social change and the development of younger generations looking “to shape their own outlook based on their experiences.”

The award and two runner- up citations, with prizes of $7,500 each, were to be pre- sented this month at the Pacific Playwrights Festival in Costa Mesa, Calif., but the event has been canceled because of the coronavirus pandemic.

Organizers stated the awards program will be rescheduled.

Meanwhile, Mr. Hubbard isn’t resting on his laurels. He says he has no intention of being a “one-hit wonder” and is committed to making new art.

Date and place of birth:1989 in a van on the side of Interstate 95 in Chester.

Family: Youngest of four sons and uncle to nine nieces and nephews.

What this nomination means to me: I’m a small town boy finally seeing — and being seen by — the big world.

How I came up with play idea: Like most writers, it was vaguely autobiographical, with embellishments here and there and everywhere.

Theater, for me, is: Life-saving, life-affirming and life-giving.

Playwright I most admire: Tennessee Williams.

What is the relevance of using theater for social change to the growth and development of our youths: Young people don’t want to be told what to think. They want to shape their own outlook based on their experiences. Providing them perspective and an open-ended dialogue gives them an arena to form their opinions. It’s the free space in the middle of the bingo card. You give them a guaranteed chance to be themselves when the world around them is out of their control.

How I start the day: Slowly. Quietly. Cautiously. I’m a night owl. I’d sleep all day if my dogs didn’t wake me up.

A perfect day for me is: Mapped out but with enough wiggle room for improvisation, but not too much for chaos.

How I unwind: Reruns as white noise while doing some- thing else.

At the top of my “to-do” list is: Finding something to de-stress me that isn’t in actuality more stressful.

Something I love to do that most people would never imagine: Sing, loudly and proudly. I don’t do it in front of people because I’m tone deaf and self-conscious.

Best late-night snack: Way too much mac and cheese.

A quote that I am inspired by: “It doesn’t happen all at once,” said the Skin Horse. “You become. It takes a long time. That’s why it doesn’t hap- pen often to people who break easily, or have sharp edges, or who have to be carefully kept. Generally, by the time you are Real, most of your hair has been loved off, and your eyes drop out and you get loose in your joints and very shabby. But these things don’t matter at all, because once you are Real you can’t be ugly, except to people who don’t understand ...”

The best thing my parents ever taught me: Leave something behind everywhere you go — metaphorically, of course.

The person who influenced me the most: Bill and Jean Smithdeal, a retired couple my family met at the beach by happenstance and who my brothers and I adopted as honorary grandparents.

Book that influenced me the most: “House of Leaves” by Mark Z. Danielewski.

What I’m reading now: “Orlando: A Biography,” by Virginia Woolf.

My next goal: Not be a one-hit wonder. Keep making art.