Get together, brothers and sisters, by Barbara Reynolds 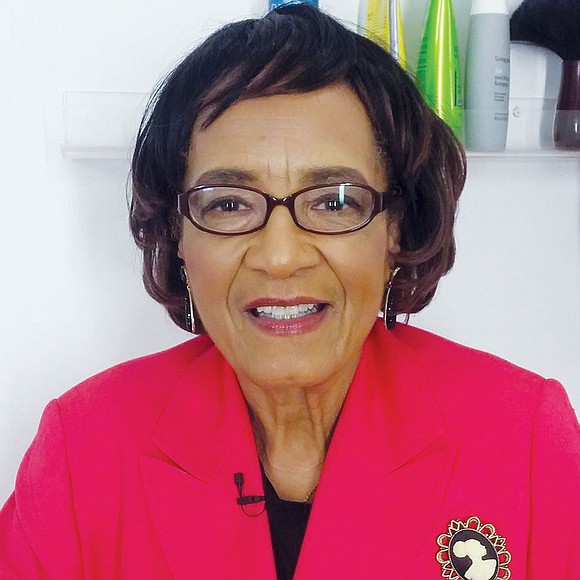 Sexism is raising its ugly head again, and this time it is not just the white men who trashed Hillary Clinton in 2016. This time, the rumblings are coming from some Black men. And their target is U.S. Sen. Kamala Harris, the first African-American woman nominee as vice president on a U.S. major political party ticket.

Hopefully, the Black male inquisitors and Sen. Harris will sit down together and work this out.

Right out the box, the mentally challenged President Trump, who championed the lie that Barack Obama was unfit to be president because he wasn’t born in the U.S., did the same thing to Sen. Harris. Sen. Harris was born in Oakland, Calif., to a mother from India and a father from Jamaica, but the president began spreading the message that her heritage disqualified her as a vice president candidate.

These antics are expected from a white supremacist president who thinks people of color aren’t fit for much of anything. But a nascent anti-Kamala narrative from Black male corridors is troubling. The GOP is bringing out its heaviest artillery to suppress the Black vote and a Black male problem could be detrimental to the life and death cause of getting rid of President Trump.

Remember polls showed that Black women voted an overwhelmingly 96 percent for Mrs. Clinton in 2016, but up to 13 percent of Black men voted for President Trump — the man who called football players kneeling in protest of police brutality S.O.B.’s and Black homelands “s... holes.” Perhaps they thought if President Trump would throw a few business crumbs their way, it didn’t matter how he was crushing voting rights and killing social programs while fattening the coffers of his billionaire cronies.

Now I hear rumbling that the Black male vote could go as high as 15 percent for President Trump — a sure sign of self-emasculation — because some feel they are being taken for granted by the Democrats and Sen. Harris as vice president might even make it worse.

How could they throw gasoline on the GOP fire that is already burning down the house of Black America?

I raised this question in complete anguish.

“What happens when some Black men don’t have a house?” Professor Keith Magee, a London-based social justice scholar responded. “Most of the political rhetoric isn’t about Black men who are at the bottom. The Talented Tenth are seated at the table and are not including Booker T. Washington’s Negroes. These poor and marginalized Black men are not included in these high and lofty conversations. White people, no matter how poor they are, have the privilege of their white skin. No matter who’s elected, they wake up white, knowing that they will never be treated as badly as black men. You don’t see white cops kneeing them to death.”

At the center of the harsh feelings some Black men have about Sen. Harris started in her pre-Senate era. She was California’s attorney general, as well as district attorney of San Francisco. In those positions, she reportedly came down like a hammer on Black men, often unfairly prosecuting them too heavy-handedly on non-violent offenses, especially marijuana.

If her record is not perfect, I’d like to know which politicians in the last 200 years did dot every “i” and cross every “t.” Compared to Trump/Pence who were too disrespectful of Black people to even send a representative to the funeral of our hero Rep. John Lewis or take the police to task for the murder of George Floyd, Joe Biden and Kamala Harris still smell like roses in a crowd of skunks.

Some of this disdain toward Sen. Harris is simply Black male sexism, which is as deep-seated in Black culture as white male supremacy in white circles. In 1760, former slave Richard Allen and his group bolted from St. George’s Church in Philadelphia because of segregated worship services and launched the first African Methodist Episcopal Church. Although the struggle was about racism, the preaching pioneers refused to ordain Black women.

To this day, several Black denominations — as well as white ones — still refuse to ordain women as pastors or preachers , preferring to retain this sexist rigidity by not even allowing women to preach from their pulpits.

During the Civil Rights Movement, many recall the famous lines of Stokely Carmichael, head of the Student Nonviolent Coordinating Committee, that the only place for women in the movement was “prone.” In the Aug. 28, 1963, March on Washington, there were two lines of civil rights leaders marching on separate streets—one for male civil rights leaders and one for their female counterparts. According to USA TODAY, civil rights leaders like Rosa Parks and Dorothy Height walked down Independence Avenue, while the men proceeded down Pennsylvania Avenue with the media.

In 1972, I was in the room with unbossed, unbought Congresswoman Shirley Chisholm of New York, the first Black woman to win a seat in Congress when she was uppity enough to vie for president as a Democrat. I was there when segregationist-minded Black male politicians confronted her and worked against her, of course to no avail.

Lately, we have seen the rise of Black women politically, with 122 Black or multiracial Black women filing to run for congressional seats in this year’s election. This figure has increased steadily since 2012, when it was 48, according to the Center for American Women and Politics.

That’s good news, but Black women are still underrepresented. Black women are nearly 8 percent of the U.S. population, but only 4.3 percent of Congress, according to a report by the center. Sen. Harris is the only Black woman in the Senate. If Democrat Joe Biden becomes president, he has promised a Black woman will finally have a seat on the U.S. Supreme Court.

While some Black male egos seem bruised as they see Black women rise, they should remember that most Black women, as author Alice Walker proclaimed, are not feminists like most of the white female activists who war against men. Black female leaders emphasize lifting the entire family as they climb, especially wanting the Black males at their side. Also, Black women have a history of working tirelessly in the background to help men get elected to political office, before they enter.

Moreover, Black women are statistically at or near the bottom of the battle in wages — in medium income, fair wages and access to health care. The latest statistics show Black men earn 75 percent of what white men earn doing the same work and Black women earn 64 percent, meaning both groups suffer from economic racism.

Stephanie Myers, co-founder of Black Women for Biden said, “It would be great for Sen. Kamala Harris to hold forums with Black Men for Biden and other Black men to hear about the issues and concerns of Black men.” She also pointed out that there are several Black male-led groups working for Biden-Harris within her organization.

Now is not the time for an argument to drag on about which gender is going to reign if Mr. Biden wins. If President Trump continues his dictatorial reign, thousands more will die of COVID-19 because of his incompetence and malfeasance. Our children are being forced back into unsafe schools. And the U.S. Postal Service has been sabotaged to stop mail-in ballots from arriving on time for the Nov. 3 election.

As Dr. Martin Luther King Jr. once warned, “We either learn to live together as brothers and sisters or die together as fools.”

The writer is a journalist, author and Pentecostal minister.