Richmond Kickers to take on Greenville Triumph this Saturday 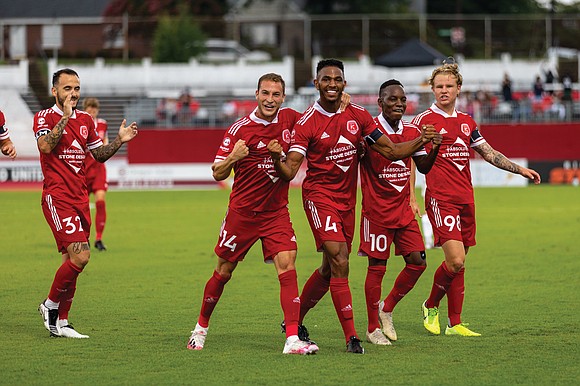 It’s OK if Richmonders can’t travel to see the world because the local soccer pros have brought the world to Richmond.

The Richmond Kickers boast a roster rich with international flavor.

Among the most exciting is dynamic midfielder Mutaya Mwape. The Zambia native is the Kickers’ shortest player at 5-foot-6, but likely the swiftest and most versatile.

Mwape excels in creating opportunities for Kickers scores and in foiling the opposition’s plan to attack the goal.

Then there is goal-scoring megastar Emiliano Terzaghi from Buenos Aires, Argentina. The 26-year-old has four of the squad’s six goals and has put the ball in the net in each of Richmond’s last three victories.

Other goals have been scored by Brazilian Ivan Magalhães, Matt Bolduc from Massachusetts and Californian Ryley Kraft.

The team is proceeding with caution during the global pandemic.

Spectators are required to wear masks and attendance is capped at 1,000 counting players, coaches and working personnel. Last year, the Kick- ers averaged about 3,500 fans for home games.

The season will continue until Oct. 24. The top two teams during regular season will square off for the playoffs championship.