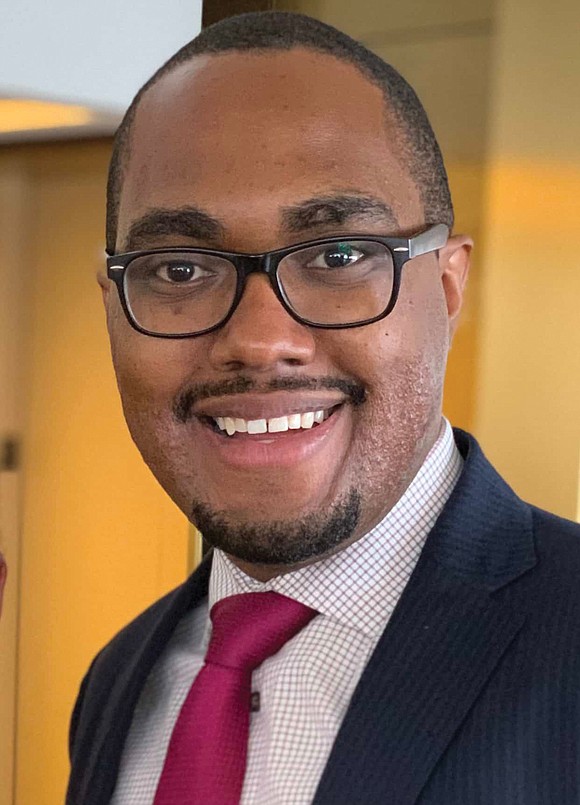 Da’Quan M. Love is the new executive director of the Virginia State Conference of the NAACP.

Rumored to be the choice, the 28-year-old Henrico County native was officially announced Tuesday as the person who will fill the civil rights group’s long vacant leadership post.

The Hampton University graduate is the sixth and youngest person to hold the post in the 85-year history of the state NAACP.

Although he officially is to start Jan. 1, Mr. Love already is in the headquarters office in Richmond as he begins the task of guiding the organization through the pandemic, according to Robert N. Barnette Jr., the NAACP’s state president.

Mr. Barnette made filling the post a top priority after he was elected state president a year ago.

“Da’Quan comes to us with a wealth of experience on the national level. He has the business acumen, leadership ability and knowledge to serve our membership in an outstanding manner,” Mr. Barnette stated.

Just as importantly, “he is intimately familiar with the issues that Black Virginians face and that the Virginia NAACP must work to address,” Mr. Barnette said.

Mr. Love’s acceptance also is expected to end the national supervision of the state NAACP that has been in place for two years and led to the removal of a previous state president.

Gloria Sweet-Love, the Tennessee state NAACP president who has been the Virginia NAACP supervisor on behalf of the national office and no relation to Mr. Love, welcomed his selection.

“I am confident that Da’Quan is the perfect candidate to lead the Virginia conference forward,” she said.

Mr. Love comes to the post after serving as political director for the North Carolina House Democrats, where he was involved in everything from organization to fundraising.

He was tapped for that North Carolina position after unsuccessfully running for a North Carolina state legislative seat in 2018, the youngest candidate of color.

Mr. Love actually was chosen for the executive director’s job during the summer, but waited until after the Nov. 3 election to make the move to Richmond.

Mr. Love brings substantial NAACP experience through his previous six years of experience in the state Youth and College Division and his service as a member of the national NAACP Board of Directors. He served as vice chair of the annual national NAACP convention and as chair of the NAACP’s National Youth Work Committee, in which he oversaw college and youth units across the country. His work resulted in his becoming the youngest person to receive the national NAACP’s Lifetime Achievement Award.

In addition to his undergraduate degree, Mr. Love earned a master’s in teaching from North Carolina State University.

He is a member of Alpha Phi Alpha Fraternity.

The last permanent state executive director was King Salim Khalfani, who was forced out in 2014. The late Jack W. Gravely filled the post on an interim basis until his death in 2016. Since then, the executive post has been vacant.