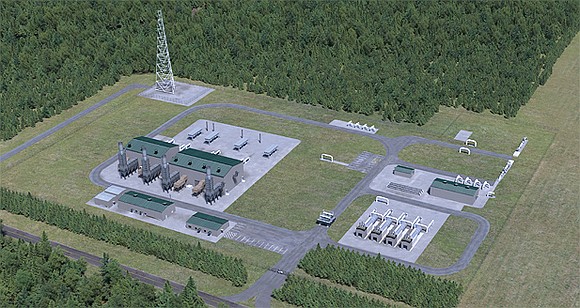 Dominion Energy has been blocked from building a key element of the Atlantic Coast Pipeline in a historic African-American community in rural Buckingham County.

A three-judge panel of the 4th U.S. Circuit Court of Appeals determined that the Virginia Air Pollution Control Board failed to do its job by issuing a permit giving Dominion the green light to build a natural gas compressor or pumping station in the farming community of Union Hill.

The opinion that Judge Stephanie D. Thacker issued Tuesday for the panel that included Chief Judge Roger L. Gregory and Judge James A. Wynn Jr. found the state board did not determine, as required, that residents of Union Hill would not suffer from pollution from the natural gas-powered compressor that would enable gas to keep flowing through the pipeline.

The decision is the latest setback for the controversial and embattled $7.5 billion, 605-mile pipeline project led by Dominion Energy to transport natural gas from West Virginia to Virginia, North Carolina and South Carolina.

The appellate court previously struck down crucial federal permits in a separate case now before the U.S. Supreme Court. This latest decision — a major victory for pipeline foes and Union Hill supporters — voids a permit for the key equipment.

Judge Thacker wrote that the state Air Pollution Control Board’s approval of the permit was “arbitrary, capricious and unsupported by substantial evidence” to prove its staff from the state Department of Environmental Quality performed due diligence on the issue of environmental justice — or the protection of vulnerable minorities.

Instead of taking the is- sue seriously, the board gave environmental justice short shrift, Judge Thacker wrote, by simply finding there would be no health impacts to people living nearby without providing any data to support that judgment.

That decision flew in the face of the Governor’s Advisory Council on Environmental Justice, which had expressed concern about the impact of pollution on Union Hill residents in 2018 and urged the board to reject the permit, Judge Thacker noted.

“Environmental justice is not merely a box to be checked,” Judge Thacker wrote, “and the board’s failure to consider the disproportionate impact on those closest to the compressor station resulted in a flawed analysis.”

Judge Thacker also wrote that the board wrongly ignored a request to consider having Dominion use electric turbines to power the compressor sta- tion, eliminating the pollution that natural gas-fueled power equipment would cause. That request came from the Friends of Buckingham and the Chesa- peake Bay Foundation that brought the legal challenge with support from the state NAACP and a host of environmental groups.

She wrote that the board had to provide a justification for rejecting the request, which it did not do.

Dominion spent four years working to obtain the permit. To move forward, the company must reapply. The board would need to follow the court’s guid- ance before a new permit could be approved.

Dominion officials have stressed that Union Hill re- mains the best location for the compressor station. In a statement issued after the court decision, the company stated that its staff would “immediately begin working with the state to resolve the procedural issues identified by the court.

We are confident this can be completed in a timely manner and believe the project will still deliver significant volumes to customers under our existing timeline even as we work to resolve this permit.”

Dominion said that it can complete the pipeline in 2021 despite the delays.