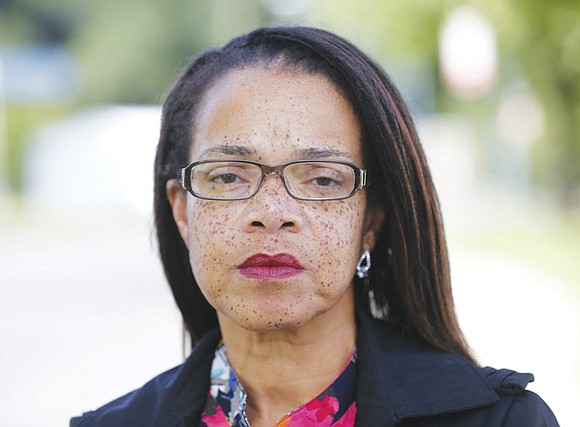 For more than four years, former schoolteacher Kandise Lucas has repeatedly condemned the Virginia Department of Education for its alleged failure to intervene against schools in the Richmond area and across the state that are denying special needs children a free and appropriate public education — most notably African-American children.

Now in her 14th year as an advocate for special education children, Ms. Lucas has used emails, social media and public events to wage her crusade for change, only to have people in power — including school division leaders, African-American legislators, governors and the state Board of Education — ignore her concerns, arrest her, attempt to ban her from school grounds and have her sanctioned by the courts.

It turns out, Ms. Lucas, leader of Advocates for Equity in Schools, has been right all along.

In a newly released report, the U.S. Department of Education has found the Virginia Department of Education failed to supervise, monitor or correct local school divisions that violate the federal Individuals with Disabilities Education Act, or IDEA. Despite having a full special education staff, the state education department has failed to step in when local school divisions refuse to educate special needs children or make false claims about the services being provided, according to the June 24 report from the federal department’s Office of Special Education Programs.

The report is based on interviews and a two-day site visit conducted in May 2019. According to Matthew Schneer, OSEP’s associate director, the investigation became necessary due to the large volume of “letters, emails and phone calls from parents, advocates and educators expressing concerns about special education in Virginia.”

The office found that the state violated the federal IDEA by ignoring credible complaints and requiring parents to go through a costly dispute resolution process while never ensuring that localities met the tight deadlines to settle complaints. 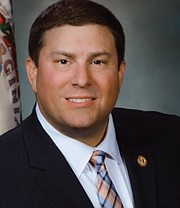 Ironically, the scathing report was issued just two weeks before the Virginia Department of Education received for the eighth straight year the highest rating from the U.S. Department of Education for improving outcomes for students with disabilities and for compliance with the IDEA — an award Ms. Lucas alleges is based on concocted or false data that the state collects from local school divisions.

Dr. James F. Lane, the state superintendent of public instruction, issued a statement that he takes the OSEP report seriously and “intends to take prompt action” to address the concerns that were raised. But evidence in the report shows that Dr. Lane, continuing the practice of his predecessors, has ignored the problems and avoided doing anything to solve them.

According to the OSEP report, a group of Henrico County parents spent 2018 pleading with the state Department of Education to intervene after providing evidence the school division was undermining the education of their special needs children and that staff were falsifying documents about the services their children were receiving.

The upshot: Dr. Lane threw out their complaints in 2019, claiming they were more than a year old and no longer valid, according to the report.

In another instance, a Fairfax County parent went to the state Department of Education for help when a high school refused to provide special education and related services that her child required and that were documented in the student’s individual education program or IEP. Dr. Lane and his staff simply referred the parent back to the school division.

“Completely ignoring credible allegations ... is not a reasonable method of exercising the state’s general supervisory responsibilities,” the federal report noted. Other states have “a practice of responding proactively — through investigation or other means — outside of the formal dispute resolution mechanisms.”

But inaction on complaints has long been a routine by the state, while allowing Henrico, Chesterfield and other school divisions to spend hundreds of thousands of dollars on attorneys to defend themselves when a parent validly complains about the failed education of a child.

The federal office reported that Dr. Lane and his staff admitted they never installed any policies or procedures to monitor local school divisions’ special education programs or ensure that the programs for disabled children meet state educational standards.

Based on the findings, the federal office notified Dr. Lane that the state education department must “establish and implement” reforms, including setting up a supervision and monitoring program to ensure local school divisions are complying with the IDEA.

The supervision effort must ensure that the state can identify noncompliance and address issues, the federal report stated. Notice of the new initiative also must be given to all school divisions, advocacy groups and other interested parties, according to the federal office.

The U.S. Department of Education also called on the state to overhaul its dispute resolution process and implement a system that allows it to respond and investigate complaints and ensures that localities have the kind of mediation system the IDEA calls for to resolve disputes.

And, after Dr. Lane and his staff acknowledged that they had no system in place to follow up on allegations of IDEA noncompliance, the federal agency also told him to put such a system in place.

Ms. Lucas welcomed the “determination of systemic noncompliance and violations by the state Department of Education in ensuring that students, families and advocates are protected as intended by IDEA.

“We, especially our families of color, will no longer be ignored,” Ms. Lucas continued, “nor will the (Virginia Department of Education) and school divisions be able to continue to place their ‘knees on the necks’ of our children and families without accountability.”