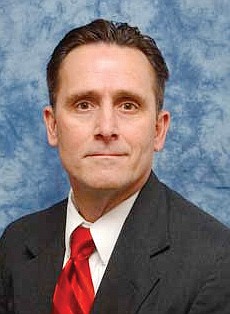 Sloppy bookkeeping at City Hall led to $3 million in revenue being squirreled away in unused accounts — and unavailable to pay for schools, tree pruning and a host of other city operations.

That includes a nearly $1.1 million check for utility sales tax that was credited to the wrong account.

Meanwhile, the same sloppiness led the public law library at the Richmond Public Library’s Main Branch in Downtown to fall into a $324,00 deficit as of June 30, 2019, even as the city was improperly spending $1.07 million from fees collected from a cable company to redesign its website.

Those and other findings are contained in a newly released audit that is critical of the handling of special revenue funds by Mayor Levar M. Stoney’s administration. Special revenue funds include money from grants, user fees, taxes and other money that is set aside for a specific purpose.

The Stoney administration is promising to make corrections in accepting all of City Auditor Louis G. Lassiter’s recommendations for improvement.

The findings follow a March audit that found the city was paying penalties to the Internal Revenue Service for failing to issue 1099 tax forms to vendors spelling out how much money the city paid them. The tax forms are used as part of vendors’ income tax filings.

Mr. Lassiter noted in the new May 21 audit that Richmond has 95 special funds — or more than Roanoke, Virginia Beach and Chesterfield and Henrico counties combined. Henrico is second with just 24.

Of the 95 accounts, only 34 actually meet guidelines, Mr. Lassiter stated. Of the rest, at least 49 are inactive or should not have been listed as special funds.

In the 2018-19 fiscal year, there were at least 40 special fund accounts that had “neither revenues nor expenditures and 23 that did not have either a beginning or ending balance,” the auditor’s team found. But approximately $2 million was still held in those accounts that should have been included in the general fund, the audit states.

According to the report, the audit team “concluded the internal controls over the special funds revenue process are significantly weak and need improvement.”

The audit team found that policies and procedures to guide city staff through the process did not exist, that revenues were not always tracked or properly coded or managed appropriately.

In the case of the nearly $1.1 million check for utility sales taxes, it was erroneously reported in a special fund rather than the general fund.

According to the report, city Finance Director John B. Wack identified the problem in August 2019 in a review of the 2018-19 fiscal year revenues and asked the staff to research it. But that never happened, the audit notes, leaving revenues for that fiscal year understated.

The Finance Department moved the money to the general fund only after auditors conducting their review noted that the money was still in the wrong account, the report stated. One main reason is that no one in the Finance Department was assigned responsibility to follow up on such situations each quarter, the audit found in recommending that change.