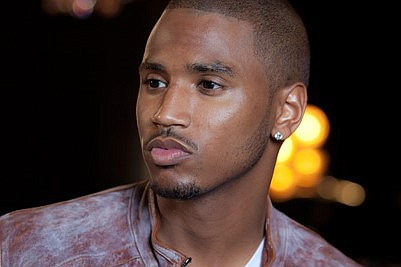 Amid the upheaval over racial equity and police brutality, the Juneteenth celebration of freedom arrives Friday, June 19, and the once little-known holiday is suddenly gaining huge recognition in Richmond and Virginia.

For the first time, state executive offices and city offices will close on that day, according to announcements on Tuesday from Virginia Gov. Ralph S. Northam and Mayor Levar M. Stoney, who each made it an official holiday.

Here is a roundup of upcoming Juneteenth events:

• 10 a.m to 8:30 p.m. Lee statue, Monument and Allen avenues. Music and other activities, closing with a candlelight vigil in which R&B star Trey Songz of Petersburg is to participate. Richmond Action Alliance is the lead organizer.

• Noon to 1 p.m. “Self Preservation,” an online discussion of the Virginia African-American Cultural Resources Task Force to promote increased focus on the African-American experience in Virginia. Task force chair and Richmond Delegate Delores L. McQuinn; Norfolk State University professor Colita Nichols Fairfax, chair of the Virginia Board of Historic Resources and president of the Barrett-Peake Heritage Foundation in Hampton; and preservationist Niya Bates, board member of the Jefferson School African American Heritage Center in Charlottesville, will lead the conversation with moderator Justin E. Reid of Virginia Humanities. Online access: bit.ly/2UBDmB9.

• 1 to 5 p.m. Virginia Union University, Hovey Field. “Juneteenth Rally for Justice.” The public is welcome, but the event primarily is for members of black fraternities and sororities to craft policies for police reform, according to F.W. “Fred” Scott, president of the Virginia Association of Chapters of Alpha Phi Alpha Fraternity. To include remarks and dialogue with U.S. Sen. Tim Kaine, U.S. Rep. A. Donald McEachin, Richmond Delegate Jeff M. Bourne and other elected officials.

• 5 to 8 p.m. “Independence Day Our Way.” Virtual celebration to include performances by Plunky Branch, Sam Reed, DJ Drake and Elegba Folklore Society’s African dance troupe, plus cooking demonstrations and craft-making for children. This is the 25th annual Juneteenth celebration staged by the Elegba Folklore Society. Details on virtual access to the celebration at www.efsinc.org or contact Janine Bell, artistic director, (804) 644-3900 or story1@efsinc.org.