Do your job, FDA by Dr. Marilyn M. Singleton 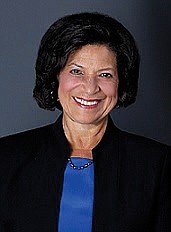 While on lockdown to save our neighbors from a lonely death from the disease called COVID-19, many of us have turned to movies. I beg you not to rent “Pandemic,” “Contagion” or “28 Days Later.” Try “Harriet” instead. Harriet Tubman was the epitome of bravery and courage in the face of insurmountable odds. Her escape from slavery and returning again and again into the belly of the beast to save others should inspire us all.

The health professionals working day and night to care for an ever increasing number of sick patients make me proud to be a doctor. And kudos to the grocery store workers, postal workers, police and many others who are performing essential jobs with a smile.

This is the time for positive action, not panic. While scientists are furiously experimenting with possible vaccines, the virus is sprinting from country to country despite travel restrictions. There are likely among us “healthy carriers” of the virus who have no signs or symptoms of the disease but can infect others. So if COVID-19 is here for a while, the world has to look to effective treatments of afflicted individuals today, not a year from now. Some researchers seem to have found a strong contender.

Separate studies from a major medical center in France and jointly from South Korea and China have found that inexpensive, readily available anti-malarial drugs chloroquine phosphate or hydroxychloroquine are an effective treatment. But the Federal Drug Administration is dragging its feet despite the president’s urgings to approve the drug for anti-viral use. Dr. Anthony Fauci, director of the National Institute of Allergy and Infectious Diseases and the White House’s adviser, has dismissively called the studies “anecdotal,” meaning “based on or consisting of reports or observations of usually unscientific observers.”

In 2004, separately a Belgian virologist and our Centers for Disease Control and Prevention found that chloroquine inhibited SARS-CoV growth in primate cells when given before or after exposure to the virus. Human trials could not be done because, thankfully, the SARS epidemic had just ended.

Fast forward to February. In South Korea, these drugs were given by physicians and scientists in the COVID-19 Central Clinical Task Force. These studies showed “certain curative effect” with “fairly good efficacy.” Further, patients treated with chloroquine demonstrated a better drop in fever, improvement of lung CT scan images and required a shorter time to recover compared to parallel groups.

Yes, the study is small, but these are extraordinary times. On March 22, New York Gov. Andrew Cuomo announced that the FDA is allowing New York state to start a trial of hydroxychloroquine and azithromycin.

Let’s move on this! Chloroquine and hydroxychloroquine are approved by the FDA for malaria, rheumatoid arthritis, and systemic lupus erythematosus. The FDA is well aware that physicians prescribe plenty of drugs that are “off label,” that is drugs approved by the FDA for other conditions. Indeed, one-fifth of all prescriptions are off label. For example, aspirin was approved for pain relief, but had many years of off-label success for the prevention of heart attacks before the FDA finally approved the off-label use.

Bayer began by donating 3 million tablets to our government. More companies are stepping up. Novartis has pledged a global donation of up to 130 million hydroxychloroquine tablets, pending regulatory approvals for COVID-19. Mylan is increasing production in West Virginia to make 50 million tab- lets. Teva is donating 6 million tablets to hospitals around the United States. For context, each patient treatment would use up to14 tablets.

Do your job, FDA, and protect the public. Approve hydroxychloroquine now for COVID-19. Meanwhile, physicians may legally prescribe these drugs because they are approved for other indications.

The writer, a board-certified anesthesiologist in Oakland, Calif., is the immediate past president of the Association of American Physicians and Surgeons.