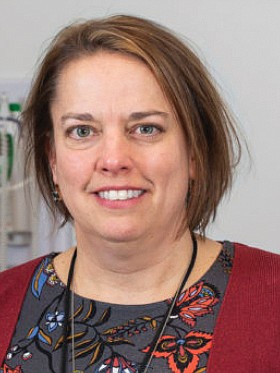 As the coronavirus arrived in Richmond, the nonprofit Daily Planet Health Services in Downtown was among the quickest to set up a testing operation for its mostly low-income and homeless patients.

In mid-March, just a month after the Daily Planet bought the former home of Commonwealth Catholic Charities at 511 W. Grace, Dr. Patricia Cook and her staff quietly turned the space into a test center for those who came for treatment at the Daily Planet’s main center next door at 517 W. Grace St.

The medical director for the Daily Planet, Dr. Cook struggled to get testing supplies just like hospitals, public health districts and other medical operations. Still, she regarded having an assessment and test center on site essential because of the likely impact of the virus within the population the Daily Planet routinely serves.

The Daily Planet’s operation began running weeks before the Richmond City Health District moved to get a testing operation in place. The public health district’s testing moved into full swing by late April.

By April 28, the Daily Planet had tested at least 350 people, said spokesman Evans Mandes. That’s a small number, but it focused on people living on the margins who depend on the clinic for medical service.

Other nonprofit medical operations have begun to offer testing in the city.

According to the Virginia Health Department, COVID-19 testing is available at four sites in the city, including the Daily Planet and two clinics run by the Capital Area Health Network.

CAHN’s executive director, Tracy Causey, could not be reached for comment.

Dr. Avula advised Tuesday that “CAHN has been testing in a limited fashion, but will ramp up soon with the new guidance on self swabs from the Centers for Disease Control and Prevention.”

The fourth nonprofit is the CrossOver Healthcare Ministry, 108 Cowardin Ave., also a major service center for people with little to no income, the VDH noted.

Bon Secours Richmond Community Hospital in the East End is not included on the VDH list. A Bon Secours spokeswoman stated that the hospital system is reserving testing for internal needs, including its staff.

The majority of the 16 testing sites listed for the Richmond area on the VDH website are in Henrico and Chesterfield counties. Dr. Avula said his operation realized most testing was happening in higher-income sections of the Richmond area and that more testing was needed in low-income areas of the city with larger African-American and Hispanic populations, including public housing communities.

“We know those who are uninsured or underinsured have not had the same access to testing over the last month as everyone else, and we want to remedy that,” he stated.

“Black communities have higher rates of underlying health conditions, which inherently puts them at higher risk of more severe complications from COVID-19,” he continued, “so testing is important.”